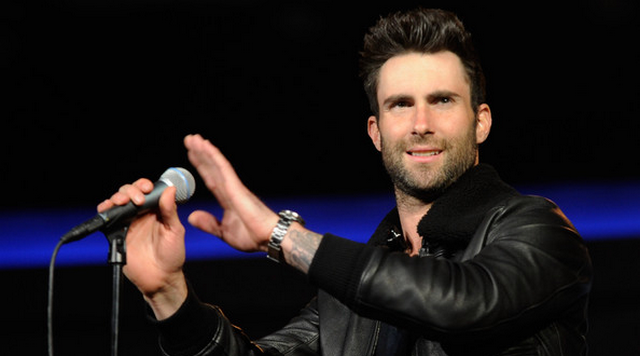 Rumors have been going around all week about the possibility of Adam Levine being named ‘Sexiest Man Alive’ and it looks like the rumors were right.

The exciting news was announced on last night’s episode of, ‘The Voice.’ The host of the show, Carson Daly, pulled out a special issue of the magazine and showed the cover you see down below to the excited crowd. “I feel sexy…” was all Levine could say when Carson asked him how he felt about the news on the show last night. However, he shared how he really feels about the news with People magazine…

“As a musician, you have fantasies that you want to win Grammys, but I didn’t really think that this was on the table. I was just amazed and stunned and it almost seemed like they were kidding, but they weren’t, so that’s cool.”

How do you all feel about Adam getting the crown this year? Is that body worthy of the title?