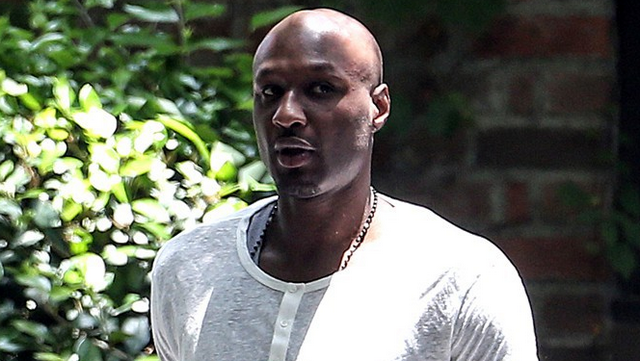 Well, Mr. Odom might be training hard now to get back in NBA shape, but he certainly wasn’t in the video you see down below.

The video was obtained by TMZ and in the video you can see/hear Lamar and his friend spittin’ the worst rap, ever. The rap is so bad that even Nick Cannon is laughing at them as he sits on Mariah Carey’s lap.

In case you couldn’t understand what the heck he was saying. The two biggest things he admitted in the rap were “smoking” to take away the pain, and then he basically admitted to cheating on Khloe while she is out of town.

“And when Khloe’s out of town, I still be on the DL.” Odom says in the video, then his friend chimes in with, “You know what it is, we the QU pimps. Ask any of these shorties, we ran through their cribs.”

How sweet. We’re sure that is going to help their relationship. If Khloe wasn’t seriously consider a divorce before, she better be now.