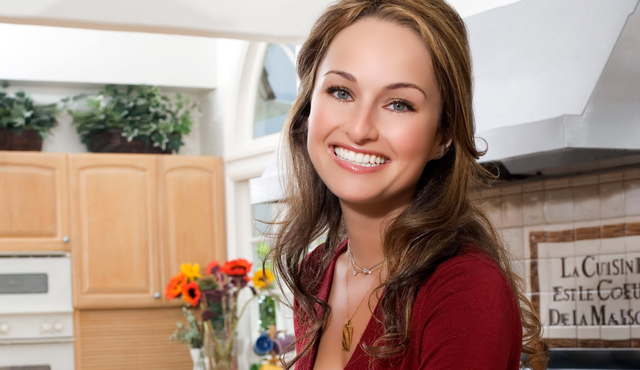 Food Network aired its Thanksgiving Live special on Saturday and it did not disappoint. Normally, watching a bunch of celebrity chefs make mashed potatoes and turkey wouldn’t be that exciting.

However, if you add wine and very sharp knives things get a bit more interesting. Giada was cutting her “turkey roll” at the time of the incident. You could see her getting medical attention by the sink in the back as chef Alton Brown went on and on about whatever it is he talks about all of the time.

The show then went to a commercial break and when they came back, Giada had something wrapped around her finger. She was trying to put on a brave face for the cameras, but you could tell that she did not feel right. A few minutes later, she had to step away from the cameras to receive more medical attention. An eyewitness told RadarOnline the following,

“She seemed to go pale and got very quiet putting pressure on it and whispering to (Ina Garten) that it was bad. She looked like she was about to faint.”

After 15 minutes in a cold room and after drinking some orange juice, Giada came back on camera and joined the rest of the chefs.

What’s a Thanksgiving without a little blood? This is why everyone always lets their crazy Uncle cut the turkey. It’s not because he’s good at it, it’s just no one else wants to risk losing a finger.