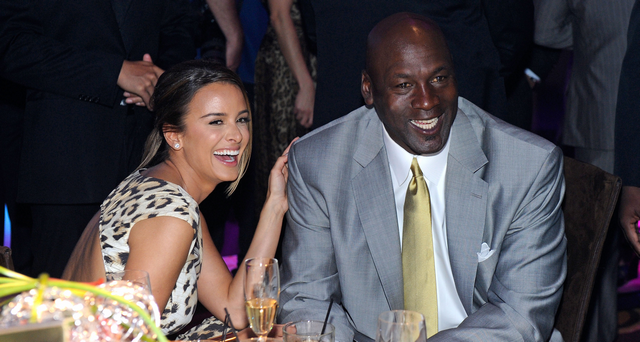 At 50-years-old, Michael Jordan is expecting his first baby with his new wife, Yvette Prieto. Of course, he already has three children from his previous marriage with Juanita Venoy, who he was married to for 17 years.

Apparently, Jordan and Prieto have been doing a damn fine job at hiding her pregnancy. Some recent photos of Prieto show that she appears to be pretty far along in her pregnancy.

Even though it will be Jordan’s fourth child, it will be Prieto’s first baby. So, we have to imagine the Cuban-American model is extremely excited and nervous right about now.

And in case you’re wondering, Jordan and Prieto got married seven months ago, so it’s possible they had a little too much fun on their honeymoon.

How’s he going to teach him those famous Jordan moves on the basketball court if he’s in some nursing home?