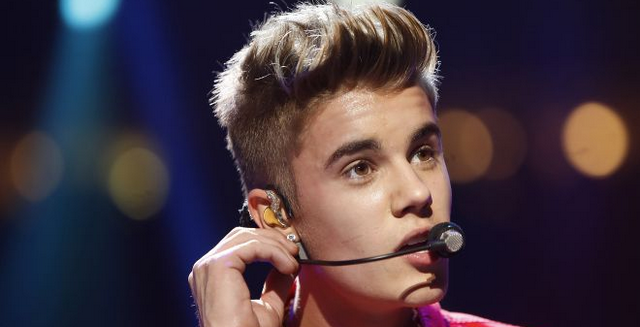 Justin Bieber Wants The Media To Stop Bullying Him

Justin Bieber talked with Ryan Seacrest yesterday on his radio show and he told Ryan that the bullying by the media needs to stop because he’s only 19-years-old.

“I’m becoming a man, but I’m still 19, I’m still finding myself.” He told Seacrest. He then went on to compare the bullying by the media to the bullying kids face everyday in school,

“When I have the media attacking me everyday… It’s no less bullying than what happens in schools. These people calling me names, and saying things, they don’t know what’s true or not.”

And then the Biebs reminds us all that he’s just a human, despite his perfect hair and winning smile.

“I make mistakes growing up, as everybody does, and I’m not perfect, I’m not a robot. People forget I’m a human being. I’ve got to make mistakes, and grow from it, and get stronger, and that’s what I plan to do.”

He ended his little rant by saying that he wants to become a “young mogul” and that he wants people to respect him for more than just his music.

Wait, people respect him for his music? Since when? No, I’m kidding. I’m just being a big bully. The truth is, Bieber is not that bad. So, he dropped some saliva on a few people and he may or may not have had sex with a prostitute. Who hasn’t been accused of sleeping with a prostitute?

Before you start hating on Bieber, look at yourself in the mirror and make this face…

I honestly have no idea where I am going with this. I just wanted to post this picture because of the hilarious angry Bieber face.