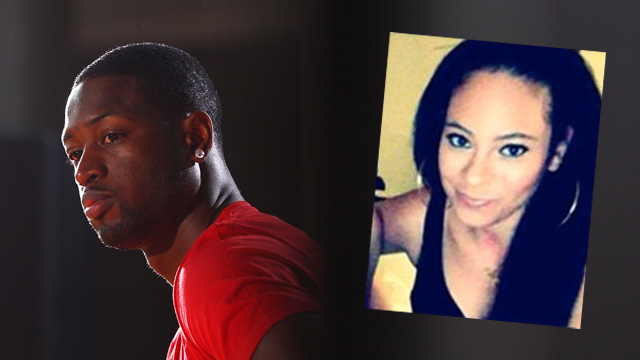 It looks like this Aja Metoyer chick gets around. She is the 30-year-old woman who apparently f–ked Dwyane Wade while he was on a “break” from Gabrielle union.

As you all have heard by now, Aja Metoyer gave birth to Dwyane Wade’s baby, Xavier Wade, just six weeks before Dwyane proposed to Gabrielle Union.

But apparently, Gabrielle is fine with all the baby drama because she did say yes to Wade’s proposal. Wade said the following in a news conference about the baby,

“I, my lady and my family have continued to move forward, and I think that’s evident with the ring and the proposal that I gave her.”

He also called the child a blessing and announced that he is planning on taking care of it. But now there is even more drama being added to this already drama-filled situation.

Aja Metoyer is apparently a professional “Star F**ker” because she also has two kids with Damon Wayans Jr. He currently stars on “New Girl” and is concerned about his two daughters.

“My concern are my daughters and that they don’t get hurt in any of this.” He told TMZ. It doesn’t appear that Damon and Metoyer are still romantically involved, but it is believed that he’s very involved in his kids’ lives. He’s a great father, according to multiple sources.

Damn, this chick must be really good in bed.