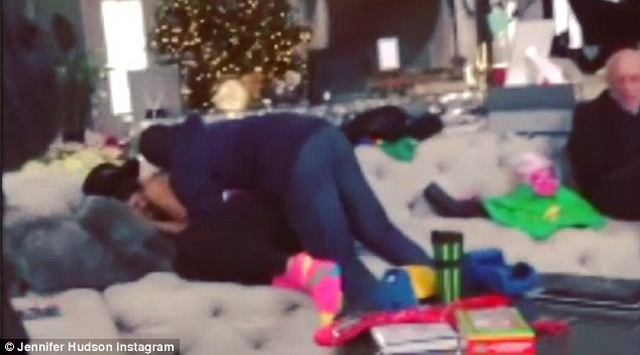 Jennifer Hudson Buys Her Assistant A House For Christmas! (VIDEO)

Jennifer Hudson gave her longtime assistant/best friend one of the best Christmas presents anyone could ever dream of.

She surprised Walter Williams with paperwork of the completed deal for the house, and Walter’s reaction was priceless. She uploaded video of the hilarious and touching moment to her Instagram account.

Warning: Turn down your speakers!

They have been best friends since the sixth grade, and in 2011, Hudson told The Advocate that, “He’s by far my closest friend.”

I think we’d all like to be Hudson’s best friend right now. Actually, I’d settle for just being a normal friend of hers. You might not get a house, but I’m sure she hooked up her other friends with some cool sh-t.

It was probably like ‘Oprah’s Favorite Things‘ in that house on Christmas morning,