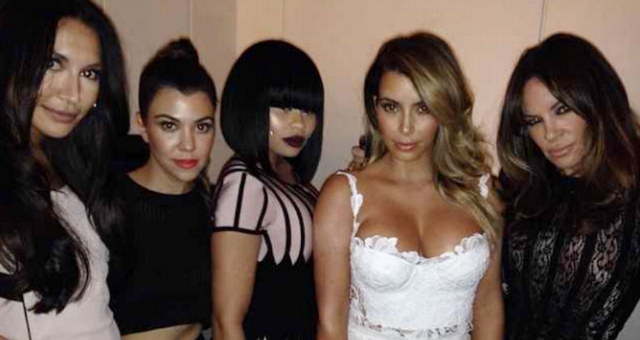 Kim Kardashian has a huge butt. We can all agree on that, right? It’s ridiculously big. However, it’s definitely not the biggest butt around.

Blac Chyna and Kim Kardashian worked out together the other day and decided to take a break and take a picture of their gigantic butts. While it is clear that both of them need to buy an extra seat when going on a plane, it’s also clear who has the biggest butt. Good lord. What the hell happened? Those cheeks have to be fake, right? It looks like their a** is pregnant!

I’m sure there are a lot of dudes out there who like butts this big, but to me, it’s not attractive. The same thing goes for when a girl gets huge breast implants, they’re just not attractive anymore. Bigger isn’t always better!