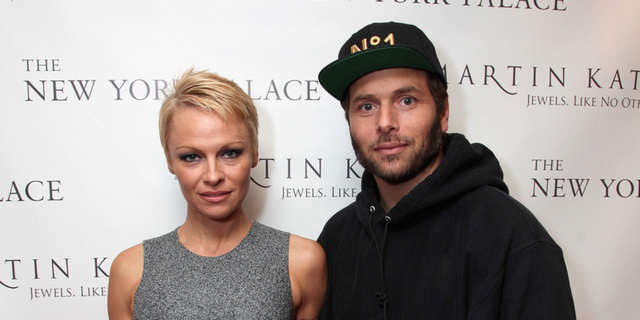 Pamela Anderson was spotted wearing a huge ring on her finger at Sean Penn’s Help Haiti Gala this past weekend, and E! News was right there to ask her who put the rock on her finger.

The former ‘Baywatch’ star was asked if she and Rick were married again, she said, “Yes.” and then added…

This news is a little surprising, especially when you consider how fast their first marriage ended back in 2007. They married in October of 2007 and filed for divorce just two months later, citing irreconcilable differences. However, they’re obviously hot for each other right now. A few months ago, Pamela told Ellen that Salomon was her “best friend…with benefits.”

Well, I guess they move fast out there in Hollywood. This is the 46-year-old’s fourth marriage, so let’s hope that this one actually works out for her. You’d think she would have stopped after the third one.

Maybe that short hair is a sign of maturity,