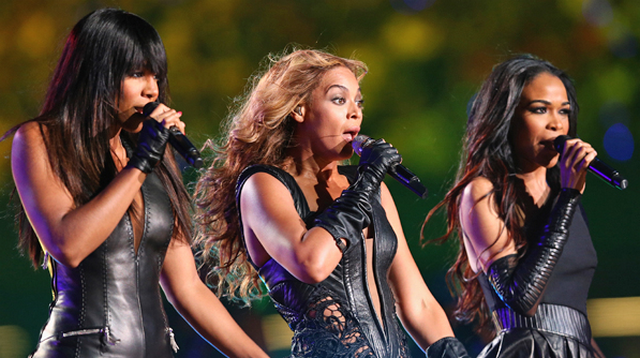 Michelle Williams, the former Destiny’s Child bandmate, thinks Beyonce needs to keep some things private. The 33-year-old spoke with Us Weekly several days ago and revealed how she really feels about Beyonce’s new album.

“I love her new album! I think it’s amazing!” She told Us Weekly. And why wouldn’t she love it? She even made a special appearance in Beyonce’s “Superpower” music video. Williams and Beyonce are still close friends, so it’s not like she was going to say anything bad about the album.

However, she did admit that she wasn’t expecting the songs on the album to be so damn sexual…

“I was telling someone on the way here how I was laughing. I don’t know if it’s laughter of shyness or embarrassment because the makeup artist and everyone was listening to her say these things, and I’m like, ‘That’s private girl!’

We aren’t supposed to know all that. But she is married and has produced a baby, and we know what you have to do to produce a baby so OK!”

And we have to remember, she said all this before Beyonce and Jay Z got nasty on stage together at the Grammys. We can only imagine how red her face got when she watched that performance.