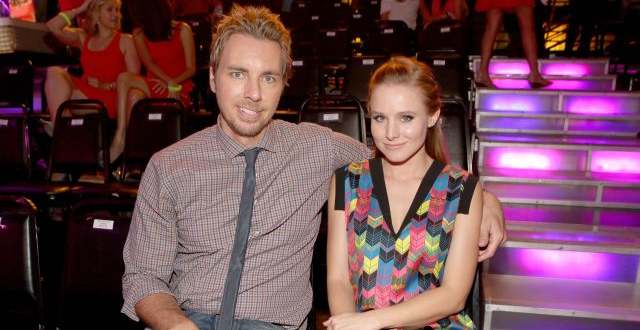 Kristen Bell and her husband Dax Shepard got serious on their Twitter accounts yesterday. The couple just had their first baby together almost one year ago, and they’re already having to fight off the paparazzi.

The couple called out their fans yesterday and asked them to join them in their fight against those dirty magazines. Dax Shepard was the first to announce their boycott on his Twitter account,

“Please boycott magazines that run pics of ‘celebrity children.’ They shouldn’t be punished for who their parents are.”

And then Kristen Bell got on her Twitter account and explained the troubling situation in more detail, Click the “read more” link to see the rest of her tweets. And it looks like Kristen Bell and Dax Shepard will be on the winning side of this battle. Back in September of last year, a bill was passed in California that will, “boost penalties for actions that include taking photos and video of a child without parental consent and in a harassing manner.”

With the new bill in place, violators could now be thrown in jail for a year and could face fines of up to $10,000. This bill won’t eliminate the problem completely, but it is a step in the right direction.

It’s also nice to see a celebrity not afraid to blame the fans. Kristen Bell said in her tweet that the consumer plays the most “necessary” role in this, and it’s completely true. There wouldn’t be paparazzi out on the streets stalking children if it didn’t bring home the bacon.