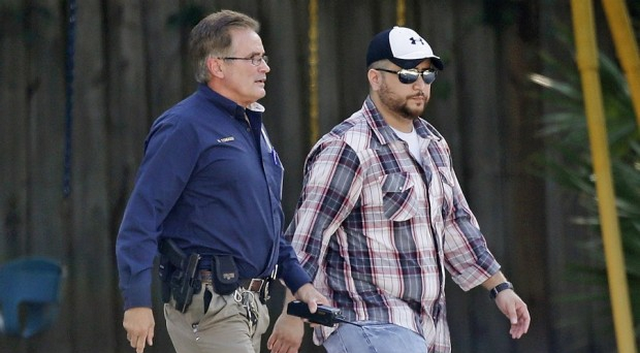 George Zimmerman’s Opponent Has Been Named, Find Out Who It Is Inside!

You know the George Zimmerman celebrity boxing match we have been talking about for a week now? Well, after a few days of speculation, we now know who will get the chance to beat the crap out of Zimmerman.

Rapper DMX has officially been named Zimmerman’s opponent in the highly anticipated boxing match. It was originally announced that the fight would take place March 1 on Pay-Per-View, but that might not be the case. The exact date and time will be revealed during a press conference next week.

In total, there were 15,000 people who offered to fight Zimmerman in the match, but the celebrity boxing promoter Damon Feldman decided DMX would be the best choice.

And after seeing what the rapper told TMZ he would do to George in the ring, we can’t blame Feldman for picking him.

“I am going to beat the living f**k out him … I am breaking every rule in boxing to make sure I f**k him right up.” He told the gossip site. He also promised to “literally” piss on Zimmerman’s face.

Honestly, I am not sure how to feel about this. It kind of feels wrong to even be “celebrating” this when a family is still trying to get over the tragic death of their son. However, it also would be nice to see someone take a piss on Zimmerman’s face.