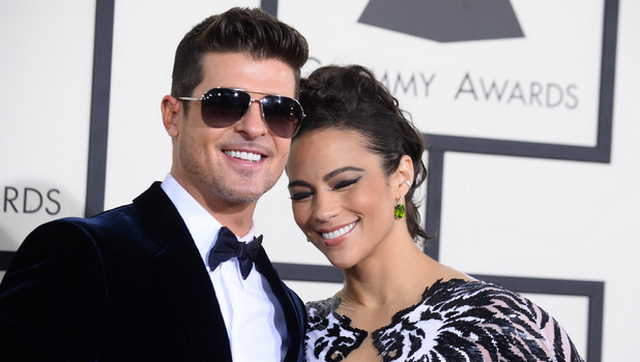 Robin Thicke is lost without his wife Paula Patton and he’s doing everything he can to show her that. The 36-year-old singer has made it clear that he does not want to divorce his wife. He desperately wants to work things out.

His latest attempt at winning her back came during his tour stop in Fairfax, Va., Thursday night. He opened up to the crowd at the Patriot Center and told them that he’s trying to get his girl back.

“For y’all that don’t know, me and my wife separated but I’m trying to get my girl back. She’s a good woman. I’m going to need you guys to help me through this.”

He then dedicated his hit song, “Lost Without U” to his wife. He was also still wearing his wedding ring, sources say he hasn’t taken it off since Patton announced she was leaving him.

Meanwhile, Paula Patton has removed her wedding ring, and she’s showing no interest in working things out. She’s had enough of Thicke’s suspicious behavior. She’s over all the cheating allegations and is ready to move on with her life.

The couple got married nearly nine years ago in the summer of 2005. They also had a little baby boy together in 2010, so that’s only going to make this divorce process more difficult.