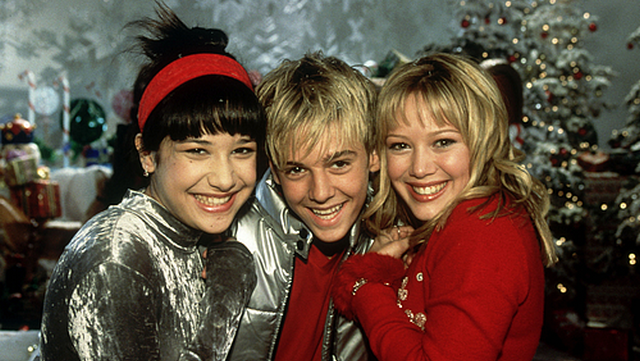 Aaron Carter Is Madly In Love With Hilary Duff, Still Wants Her Back After 10 Years

Does this refresh your memory?

Well, that little boy never did grow up. He’s always been a little strange, and it’s probably because he had one crazy a** family who sheltered the f–k out of him. Anyway, the dude has some major problems. If you’ve ever seen an interview with him, then you know there is just something not right about the guy.

He’s the type of guy you might find trying on women’s clothing at Bloomingdale’s. Anyway, he and Hilary Duff had a special relationship when they were both 13-years-old. They were both child stars at the time and probably had a lot in common.

Well, Aaron Carter ended their nearly two-year relationship to date a girl named Lindsay Lohan. That’s right, little Aaron Carter had some f–king game back in the day. But he’s lost all the quarters to the machine now. The game is over, but he’s still trying to win back another life.

The 26-year-old has been embarrassing himself on his Twitter account recently. On Tuesday, he retweeted the photo you see down below of Hilary Duff, and then warned his followers not to be “that stupid douche.” And he didn’t stop there. He continued by announcing he’ll spend the rest of his life trying to get her back.

You might want to start filing for that restraining order now, Hilary.