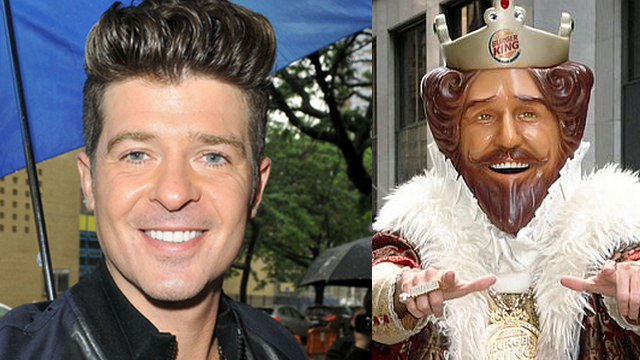 Robin Thicke’s Begging Might Be Working, Paula Patton Is Open To Working Things Out

Robin Thicke has been down on his knees ever since his wife left him a few weeks ago. The 37-year-old singer/professional creep has been miserable ever since the split, and he’s doing everything he can to win Paula Patton back.

We’ve told you all about his attempts at winning her back by singing her love songs at his concerts. We’ve told you about the flowers, and the “I just want my wife back” messages to photographers. Robin has made it quite clear that he wants his marriage of nearly nine years to work out.

But what does his wife want? Well, it had been looking like she was completely over the marriage. She took off her wedding ring, and she told Robin several times that this was going to end in a divorce.

However, it now appears that she might be changing her mind. Sources tell TMZ that she is now open to giving her husband a second chance. They’ve been talking on the phone regularly since the split, and sources claim the conversation has now moved to what Robin needs to do to convince his wife he’s changed.

As of right now, Paula has still not hired a divorce lawyer. Oh, and sources also say Robin’s on-stage antics haven’t been helping the situation. The only reason she’s still open to working things out is because she has seen a change in her husband.

Don’t fall for it, Paula! He’s just on his best behavior right now because he wants you back. Once you go back to him, he’s just going to start grabbing a** again.