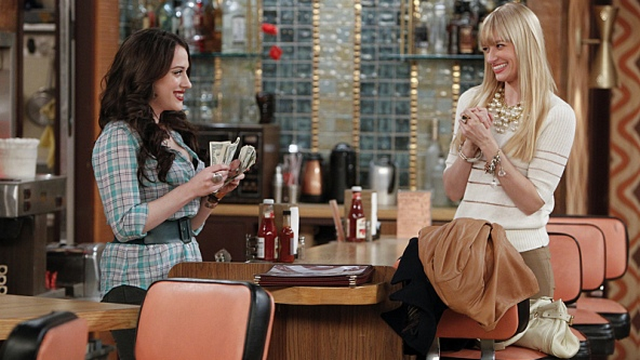 For those of you who didn’t hear the rumor going around, we’ll fill you in on the details. Apparently, Contact Music published a story claiming Lindsay Lohan was a train wreck while on the 2 Broke Girls’ set. How did they get their information? Well, they cited some blog that was allegedly written by an audience member.

The audience member claimed Lindsay Lohan was a mess on the show. She forgot all her lines and caused so much drama during filming of the episode.

However, it looks like this audience member was at the wrong show. The two stars of 2 Broke Girls, Kat Dennings and Beth Behrs, took to their Twitter accounts to defend Lindsay Lohan.

So, there you have it! Lindsay Lohan was professional, and she knew her sh-t! It’s good to know your sh-t! Dr. Oz has said that several times on his show. Keep it regular, know your body and look at your poop before you flush it because it just might save your life!

Obviously, I need to start finding more productive things to do during the afternoon.