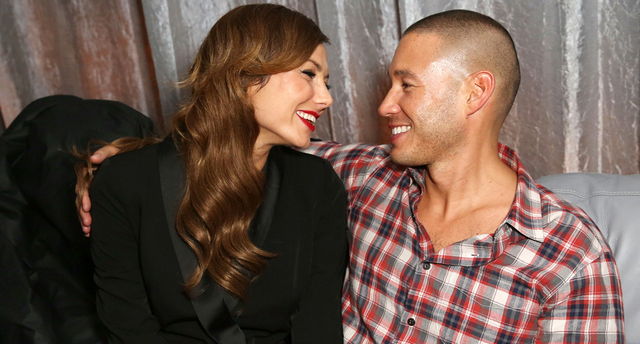 It’s apparently baby making season in Hollywood. The woman responsible for several crusty tissues under my bed as a teenager is now pregnant with her first child.

Earlier this month, we told you that 34-year-old Keibler married Jared Pobre after only a few months of dating. They had known each other for fives years, though. So they’re not completely crazy. “More blessings!! We’re an elated family-to-be!” The happy couple told People magazine.

Yesterday, Stacy went on Instagram and posted the photo you see down below with the cute caption, “Look what we’ve got cooking! A Bun’dle of love!” As you can probably tell, they are really excited about having a baby. Keibler explained to People that she never had the urge to have a baby, but that all changed when she started dating Jared.

“Both Jared and I didn’t think that we were ever going to get married or have kids. When you meet the right person, everything changes.”

Well, congratulations to the happy couple! This means two of Hollywood’s finest will be showing a baby bump pretty soon. Mila Kunis and Stacy Keibler, who could have seen that coming? At least we’ll get to see how hot they look with mom boobs. That’s a plus.