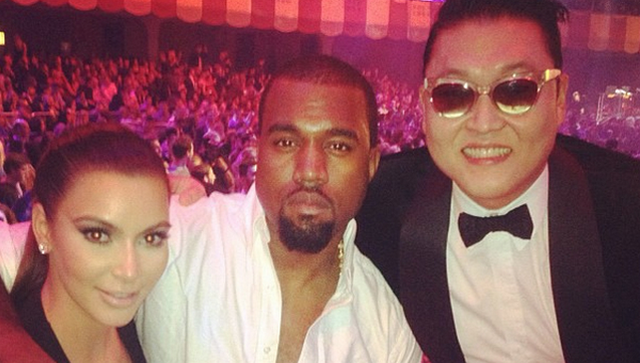 Report: Kanye West Threatens To Cancel Wedding Because Of Chris Brown? Details Inside!

We have heard a lot of ridiculous rumors, but this might be the stupidest rumor of them all. A new report from RadarOnline claims Kanye West has threatened to cancel his wedding because Kim Kardashian once had a “thing” for Chris Brown.

A source told the gossip site the following…

“Kim and Chris, both unattached at the time, met up to talk about promotional stuff and hear what he had in mind in terms of merchandising and licensing for his new record. There were definite sparks, but she insisted to Kanye that nothing happened between them.”

But Kanye doesn’t care if anything happened or not, he’s still furious about the meeting. The source claims West had a “major jealous meltdown” and threatened to cancel the wedding if Kim ever speaks to Brown again.

So, why does Kanye hate Chris Brown so much? The same reason everyone else in the world hates him.

“Kanye intensely dislikes Chris because of what he did to Rihanna. He’s obviously someone Kanye doesn’t believe he and Kim should have anything to do with. Kanye gave Kim a stern warning to avoid him in the future!”

Things must be slow for RadarOnline. This is the best story they could write? If you’re going to start making up sh-t, at least make it interesting!

I am not sure what this GIF has to do with the situation, but it makes me happy.