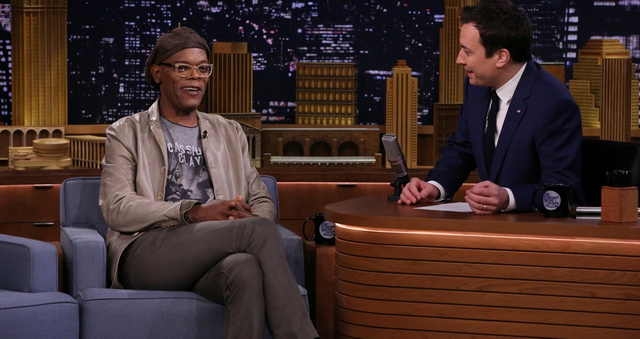 There were not a lot of things to like about yesterday. So many pranks, jokes and disappointment. April Fools might truly be the worst day on the internet.

However, there was one bright spot. It came late at night on the ‘Tonight Show‘ with Jimmy Fallon. Just as everyone was getting ready for bed, Samuel L. Jackson appeared on their television screens and made them remember.

Jackson made every person born in the 1990s remember the classic TV sitcom, Boy Meets World. The show that made us laugh, cry and…explore our bodies. Let’s just be honest here, Topanga was a babe.

And now that we’re finally going to see Topanga and Cory together again this summer in ‘Girl Meets World,‘ Samuel L. Jackson has provided us with this masterpiece to hold us over until then.

Watch the full video down below…