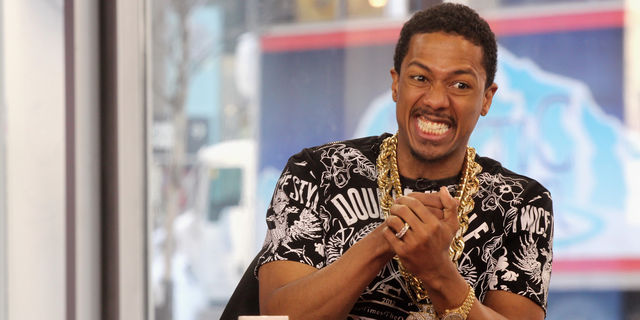 Nick Cannon Calls Out Brad Pitt, Where is YOUR Sex List?

Nick Cannon has been front page news recently. Probably for the first time in his career. The host of America’s Got Talent might be lacking in the talent department, but he does have a way with the ladies.

As you all know, the 33-year-old married man recently revealed to Big Boy that he’s had sex with Kim Kardashian, Nicole Scherzinger and Christina Millian. An impressive list, that is for sure.

However, was it appropriate for Big Boy to ask Nick that question? Nick doesn’t believe it was. He told HuffPost Live the following…

“You wouldn’t ask Brad Pitt these questions, because he’s got one hell of a list. Angelina Jolie, Jennifer Aniston, Gwyneth Paltrow, Juliette Lewis, he was a mean … hey, salute Brad!”

Even though he was a little annoyed by the question, he claims Mariah was cool with his response.

“She’s so good, she flies above all of this stuff. When I started my press day, as I’m walking out of the house, she’s like, ‘By the way, can you keep your whorish past to yourself while doing these interviews?'”

Mariah Carey has jokes? Okay then. Go on with yo’ bad self, Mariah. Honestly, Nick and Mariah can probably just call it even right about now.

And that was just a warning, folks.