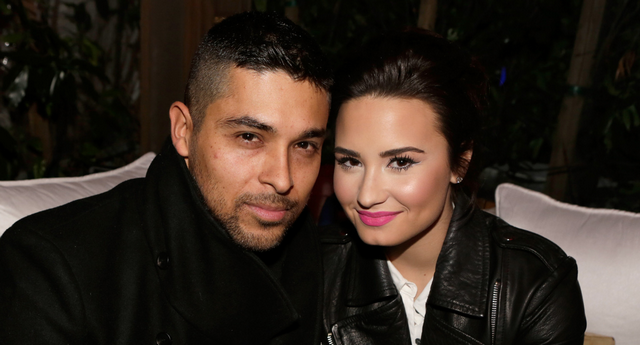 Congratulations, The Daily Beast. You know you are doing something right when you piss of a celebrity enough to make them call you “ignorant f–ks” on their Twitter account.

The Daily Beast put out a brilliant article a few days ago about Wilmer Valderrama. The article questions why female celebrities are so attracted to Wilmer Valderrama. It can’t be all the success he’s having in Hollywood. After all, if he didn’t get lucky with “That ’70s Show” he would only be known as Handy Manny. The article seems to suggest Wilmer was the one who leaked the steamy photos of Demi Lovato. The photos showing Demi Lovato gnawing on Wilmer’s lip.

Well, Demi Lovato apparently read the article, and she wasn’t happy about it. She fired back at the website with this angry tweet.

Damn. Wilmer Valderrama must be really good in the sack. She’s still trying to protect him. It honestly doesn’t make that much sense for her to lash out at the website. It’s not like they started some vile rumor about Wilmer.

All they did was talk about things he actually said! He is the one who talks about his disgusting sex life. Remember when he admitted to taking Mandy Moore’s virginity?

“The sex with Mandy was good, but it wasn’t like warm apple pie.”

Yeah, clearly this man is a saint! Bragging about taking a girl’s virginity. That’s awesome. We can totally see why Demi Lovato would want to defend this dude.