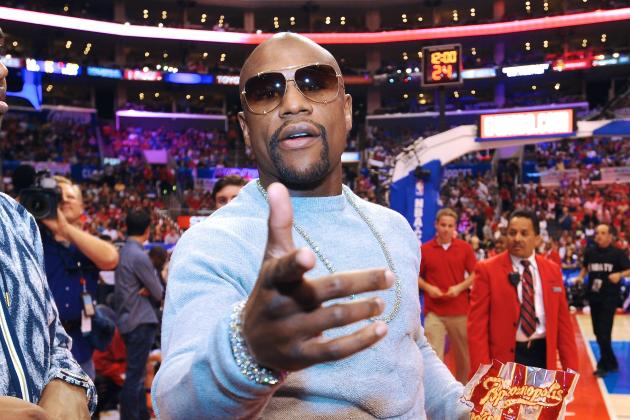 T.I. swings on Floyd Mayweather at a Fatburger Restaurant and there’s Video

That’s right, T.I. apparently swung on Mayweather first. The incident occurred early Sunday morning. According to witnesses at the scene, T.I. approached Mayweather while he was eating at a Fatburger restaurant, and starting popping off. I’m sure Floyd, who is never short on words answered back with a few choice words of his own, and TMZ reports that T.I. took a swing at Floyd.

There are two videos that are now morphed into the one you see below. The first part of the video shows what we are presuming is before the fight and the other is during the fight. Before the fight you can hear Mayweather shouting while is bodyguards are holding him back. Floyd says,

If he is talking to T.I. then he is most likely referring to his wife Tiny. The 2nd part of the video you can see chairs flying and people in Fatburger running for cover.   I’m sure as the week unfolds we’ll learn more about what happened. For me the best part is Mayweather at the end driving away in the drop top Bugatti.  [more…]

With all that money…..why can’t we just all get along?