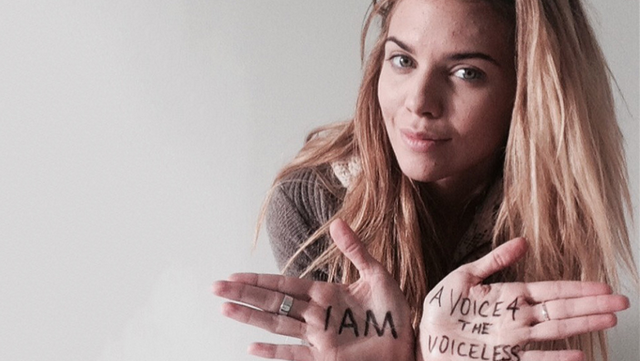 AnnaLynne McCord Opens Up About Her Sexual Assault, Says She Can No Longer Stay Quiet

Two years ago, actress AnnaLynne McCord shocked everyone when she admitted to being the victim of sexual assault. She didn’t reveal any details about the attack, just that it was done by someone she knew.

But now the 26-year-old is ready to open up. In an essay for Cosmopolitan, McCord explains that being raised in a household with “strict discipline” really messed her up. She claims her parents physically abused her as a child, and she believes that’s one of the reasons she stayed quiet about the sexual assault that happened when she was 18-years-old.

She was living on her own at the time. A friend called her one night asking if he could spend the night. He said he needed a good night’s sleep for an important meeting in the morning.

“We sat on the bed and talked for a while, then I fell asleep. When I woke up, he was inside me. At first, I felt so disoriented and numb, I closed my eyes and pretended to be asleep. I wondered if I had done something to give him the wrong idea. I felt afraid of making him angry.

Believe it or not, I didn’t want to offend him. I just wanted it to be over. My childhood had come back to haunt me again: Because of the physical abuse, I didn’t believe there were borders between other people’s bodies and my own. I didn’t believe I had a voice.”

“I said, ‘Please, don’t!’ He stopped and went in the bathroom and finished. I lay there and stared at the ceiling for the rest of the night, frozen. At dawn, I wrote a note to him and left. I sat outside in a car and waited for him to leave. When he did, I went back inside, took a shower, and pretended it hadn’t happened.”

After raping her, this “friend” of hers told their mutual friends that McCord was in love with him. This left the actress in a very bad place. She even seriously considered killing herself.

“I had pills and water in hand and thought seriously about killing myself. I didn’t fear death — it felt like a solution. When you’re in that mode, you don’t think suicide is a selfish thing to do. You think you’re doing everyone a favor.”

You can read McCord’s full essay by clicking this link.