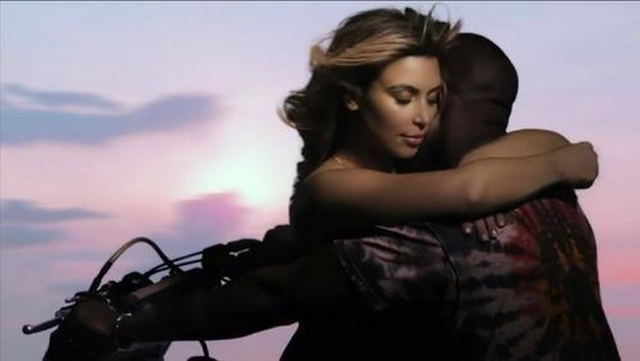 Kanye West Gives Kim Kardashian Painting Of Herself In G-String For A Wedding Gift? (PHOTO)

Kanye West is a unique individual. He could have just surprised Kim with a new toaster oven as a wedding gift, but Kim Kardashian is so hot, she toasts her own damn bread!

So, what do you get the woman who has it all? A nude portrait of herself! Kanye West reportedly hired anonymous street artist Bambi to create the beautiful painting you see down below. Kanye West didn’t provide Bambi with a lot of details, just that he wanted “something regal but typically Kim.”

The painting shows Kim Kardashian from the back, wearing only a g-string and Louboutins. The lovely creation is allegedly titled, “My Queen Kim: Perfect Bitch.”

“This has been done on metal and just completed in time for the couple’s return. It was a recent commission and Bambi has turned it around in three weeks. The request came through an agent and the fee is in five figures.”

Kanye West reportedly wants to hang the painting in their bedroom. This reminds me of an episode of King of Queens. Doug and Carrie get this terrible portrait for their 11th wedding anniversary from their friends. They hate it so much they hire their other friends to stage a fake robbery to “steal” it.

We are sure Kim really does love the photo, though. She’s so self-obsessed. She probably collects her farts in a jar.