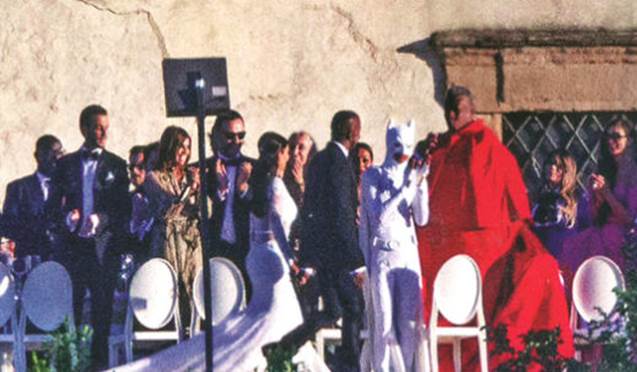 As if I needed another reason to dislike this kid.  Let me set the record straight; I did not always hate Jaden – in fact I even loved him in “The karate Kid”,  it’s just when he started to think he was Will that I began to dislike him.  Will not only paid his dues to become Will, Will is actually talented and funny.  The jury is still out on Jaden although I think I have already made my conclusion.  If just being annoying wasn’t enough, he fueled the feelings with meaningless tweet after tweet.

Then this was the tweet that put me over the top: Way to be a Role model!!  Needless to say, Tyler the Creator and I are on the same page.

As you see, that tweet was in September of last year and my loathing of Jaden died down…somewhat.  And just when Bieber and Quvenzhané Wallis, were topping my most annoying list, Jaden shows up with this damn white batman costume at the Kim Kanye wedding.  I could not appreciate just how annoying and ridiculous it was last week from all the photobooth photos until this photo surfaced on the internet: [more…] Really?  Not only is it a ridiculous costume but it’s also white!  You are at a wedding you idiot, white is reserved for the bride (even if it’s Kim Kardashian).  Not to mention, it’s her day not yours!

I’m surprised that he wasn’t escorted out.  If he was anyone other than Will Smith’s son he would have been thrown in the bushes Jazzy Jeff style  picking thorns out of his ass the rest of the night. How ridiculous does this kid look?

Of course when I asked Kanye if he thought it was cute,  Ye was like