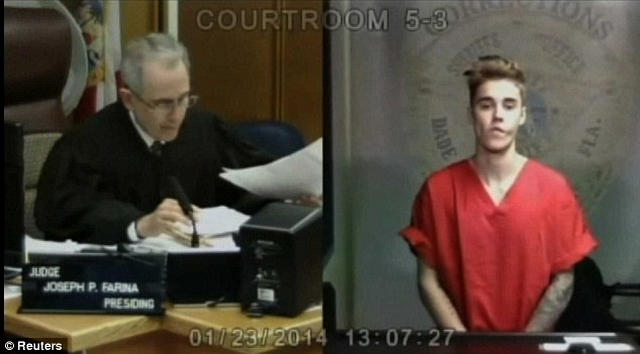 Justin Bieber Getting Off Easy In His Miami DUI Case

It was the top story for weeks back in January. Justin Bieber caught drag racing drunk in Miami Beach. He was going to get into some serious trouble for this crime, right?

Not so fast. Justin Bieber has managed to escape any real trouble yet again. As you probably remember, police charged Bieber with DUI, driving without a valid license and resisting arrested. However, reports after the arrest show Bieber was not drag racing or drunk when police pulled him over. He did test positive for some sticky icky icky.

Sources say Bieber will only plead guilty to reckless driving. All other charges against him will be dropped. He will be forced to attend anger management classes and pay a fine. That’s it! He will not even be placed on probation, which means he can continue to act like a douchebag.

So, why did this settlement take so long? Because the judge working the case really wanted Bieber to star in and pay for an anti-drug PSA. Bieber’s lawyers felt it was extremely inappropriate, and the judge eventually backed down. Sources say even the prosecutor thought it was a silly idea.

What a lame ending, huh? He won’t even be placed on probation.