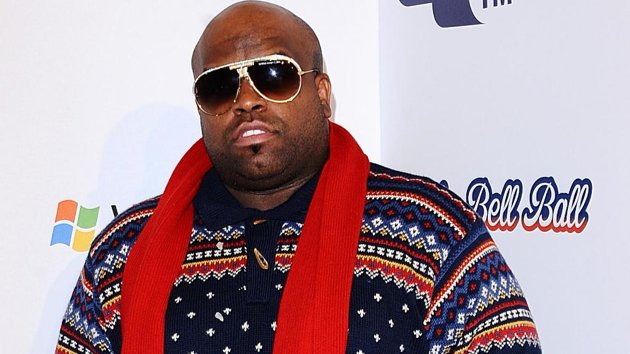 Cee-Lo finally reveals why he quit ‘The Voice’ and gave up that Big NBC paycheck.

Everyone was wondering why in the world would Cee-lo opt out of being on one of NBC’s highest rated shows; not to mention the whopping $75K check per episode he was receiving.  After three seasons, Cee-lo took a season off and then came back for Season 5.  Having the time off and then returning to the grueling schedule was enough for Cee-lo to make some decisions.

IT BECAME A JOB
During an interview with US Weekly Cee-lo revealed that the entire thing became a job. He explained,

“It easily and quickly became a job.
“Very, very obligating …Taxing and tiring …I still tip my hat to Adam [Levine] and Blake [Shelton] and those guys who continuously do it, but I think I ran my course there just naturally.” [more…]

ADAM LEVINE HOOKED HIM UP

Cee-Lo explained that his departure from the show was amicable and he is on good terms. He also said that he got the original hook up from Levine. Levine basically said, if you do it, I do it, if you don’t do it, I don’t. Cee Lo said,
We were friends prior to [‘The Voice’], and he called and said, ‘Hey man, there’s this new show ‘The Voice’ and I don’t really know what it’s going to be about, and I don’t really want to do any more kind of music shows – do you think it’s cool? If you do it, I’ll do it. If you don’t do it, I won’t do it,’ And I was like, ‘Well, just judging from the premise, the blind auditions’ – It’s something that everybody agrees is just really original. It had a great new spin.”

The 7th season of The Voice will have two new judges – Pharell Williams and Gwen Stefani. Unlike American Idol, The Voice has not lost any of its SWAG. After season one, which averaged 12.33 million viewers, each season thereafter has averaged over 14 million.

A mix of the judges and the spinning chair format is a much better start then the wacky Idol auditions. I think the audience has grown tired of the William Hungs. There is never a terrible person trying out for ‘The Voice’ like there are on ‘Idol’. Audiences know that those terrible contestants would never really get a chance in front of the judges sounding that bad, and finally after 20-something seasons the audience realized they were just being played. ‘The Voice’ doesn’t do that.  Mark Burnett assumes the audience has some level of intelligence and even their worse performer can sing better that the people at home watching.

A children’s version of The Voice is rumored to be released in early 2015. Cee-Lo might return for that as well as discussions that Rihanna and Jewel might be part of the production as well. . Cee-Lo has a new reality show which has started airing in June on TBS. It’s called “The Good Life”. It reunites him with the Good Mob. Basically it’s a way of getting his friends money without giving them money.

Is the show any good? I will let you see for yourself. Episode 2 is below:

Here is the second Episode from Cee-Lo’s new Reality show.