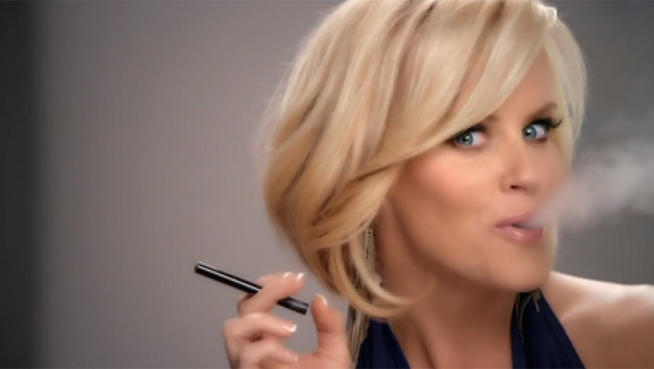 Jenny McCarthy Reveals her New Gig, and it’s not nearly As Great as she made it Out to be.

I can’t blame everyone for being surprised at how fast she landed on her feet because I certainly am. SiriusXM decided to give McCarthy her new gig although it’s not nearly as big a deal as she made it seem when she announced it last week on The View.

If you remember last Monday, when her and Sherri were pretending they quit, she stated,

‘Upon consideration, I took a new job which allows me to do what I do best, which is talk without interrupting anyone.’

‘I love the fans that supported us, so stay tuned—even if it does compete with The View.’

Immediately I began wondering, “what show competes with “The View”? I was also wondering if she was really getting her own show as that would be the only way that she wouldn’t be interrupting anyone. [more…]

SO WHERE THE HECK IS JENNY GOING?

She announced today that she will have her own show on SiriusXM Stars, entitled “Dirty, Sexy Funny with Jenny McCarthy”.  At first it sounds like a pretty big deal and quite a gamble on Sirius’ part. Sirius released a statement to the press promoting the new show,

In her new series, Dirty, Sexy, Funny with Jenny McCarthy, McCarthy will use her trademark humor and outspoken style to discuss topics such as parenting, sex, dating and marriage; inviting celebrity guests and friends, as well as the audience to jump into the conversation with her. Guests scheduled to appear include Chelsea Handler, Perez Hilton, Jenny’s fiance Donnie Wahlberg and many others.

“It’s no secret that I love to talk. I’m excited to do it on SiriusXM without having to interrupt anyone or keep things clean. You can bet your sweet ass this show will live up to its title,” said Jenny McCarthy.

Taking a deeper look, it’s not as big of a gamble as it appears. Although the show will be starting this week, it will only be airing on Wednesdays and it’s for a limited run. I still haven’t found out just how many weeks the trial will be for, but that basically means if she doesn’t get the ratings, she is re-unemployed. She has already announced that Chelsea Handler, Perez Hilton and her fiancé Donnie Wahlberg will be guests on the show. I’m assuming it will be three hours.

She announced it on the Howard Stern show, listen to the clip below. I’m glad she mentioned that she would have a slew of female comedians because quite frankly she alone would have a hard time filling up three hours despite her tendency to ramble. Dirty sex and jokes are in her very small warehouse. As you can see, like many times on The View, once she starts talking about anything that matters, her inner bimbo takes over and she becomes an irresponsible idiot with case of verbal diarrhea. What she had going for her on The View, was the fact that she is thin, blond and boob-a-licous. Now you will only be able to hear her which takes away the only thing that was working and highlights the thing that got her fired, her mouth.