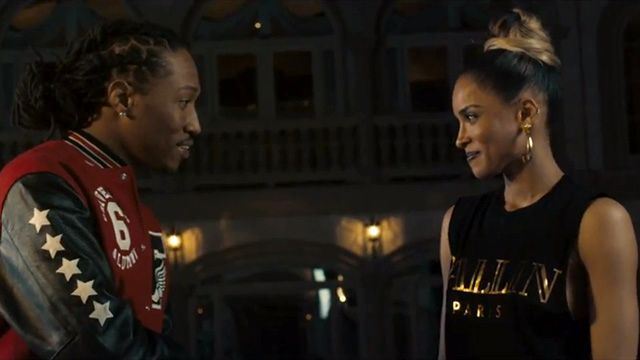 Ciara Calls off Wedding with Future same month she is Featured in ‘Brides’ Magazine! D’oh!

This is one of those headlines that basically tells the entire story…at least for now.

Confirmation of the couples break up came by way of US Weekly where they say sources tell them that Future cheated and that’s that. It’s a wrap. An insider said quite frankly,

He cheated on her. Game over.

The news is sad because Ciara has just given birth to their son, Future jr. (Future Zahir Wilburn). According to my math; she was two months preggers when Future Sr. put a ring on it. He hit her with a 15 carat diamond ring and as they say, “it was on like Donkey Kong”. The wedding planning was in full swing and the couple was in pre-marital bliss. Or at least we thought so. [more…] YIKES CIARA WAS ON THE COVER OF BRIDES! OH THE IRONY! That’s right, Ciara was on the cover of Brides magazine where she gave details of her wedding and talked about how she knew that Future was the one.

I knew right away that he was different, now he’s my best friend in the world, my partner, He came with something that I’d never felt before: the true presence of a man.”

She also revealed details of her wedding,

“For my wedding, I’m going to do elegance with a little edge.

“There will be five or six [bridesmaids] and two matrons of honor [including La La Anthony]. They’ll all wear the same color, but in different styles to suit their personalities.”

I thought they were actually going to make it down the aisle but you never know what is going on behind closed doors. Maybe she will pull a Gabrielle Union and take him back, or maybe she realized that she is a talented singer, song writer, producer, model and actress, she’s beautiful, young (age 28), and worth $15 Million dollars and deserves better.

I’m hoping on the later.