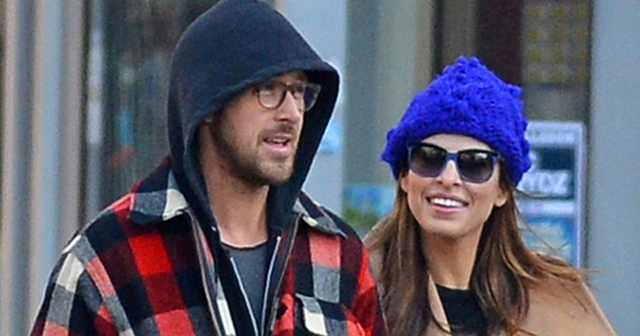 Typically, when a celebrity couple has a baby, their fans are very supportive and happy. However, that does not seem to be the case for fans of Ryan Gosling. It was reported yesterday that Ryan’s longtime girlfriend Eva Mendes gave birth to a little baby girl on Sept. 12.

The 33-year-old professional panty soaker has been dating Eva since 2011. Pregnancy rumors surrounding the couple started to swirl around the internet back in July. OK! Magazine reported that the actress was almost seven months pregnant in July.

Gosling and Mendes didn’t want to talk about the rumors though. In fact, Eva denied being pregnant during an appearance on “The Ellen Show” earlier this year.

“It’s so ridiculous. It all started because I didn’t want to go through the scanners at the airport, you know, those X-ray scanners, which are really creepy — they basically see you naked, right?”

Well, we now know she was lying. According to sources with E! News, Gosling and Mendes both cried when they saw their daughter for the first time.

“It was very emotional for Eva and Ryan. They were both in tears when they saw their daughter for the first time! Eva is so happy she’s a mom, their baby girl is perfect! They are at home now with the baby and Eva is feeling great she says.”

Eva might be feeling great, but Ryan Gosling’s obsessive fans are not. They are heartbroken and they’re letting everyone know about it on Twitter. Check out some of the silly tweets down below… As you can see, the internet is taking this news hard. But there is one girl out there who is so heartbroken, she is actually confusing Ryan Gosling with Ryan Reynolds.

We wish her all the best.