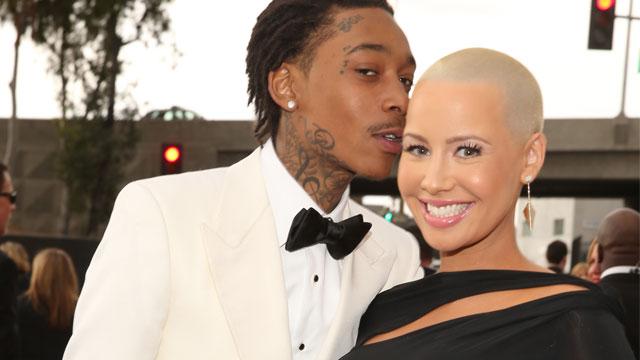 Another celebrity marriage has gone down the drain. Amber Rose and Wiz Khalifa are putting an end to their marriage, which just started last year! TMZ obtained the divorce court documents and made the news public Tuesday.

According to the documents, Rose wants full custody of their one-year-old child, Sebastian. And just like with almost all Hollywood divorces, she cites irreconcilable differences as the cause. Amber also admits that there is a prenup, and the divorce docs state that the prenup does provide spousal support.

So, what is the real reason behind their split? Some people believe Amber had an affair with Nick Cannon. Of course, no one has any real proof that this happened, but it does seem plausible. Nick Cannon invited Rose to participate in the season finale of MTV2’s Wild ‘N Out. They had some, uh, interesting chemistry in that episode.

And we now know that Cannon has signed the 30-year-old model to his management company. A rep for his company confirmed the news last week, “Amber Rose is indeed a client under Nick’s NCredible Entertainment Management Team.”