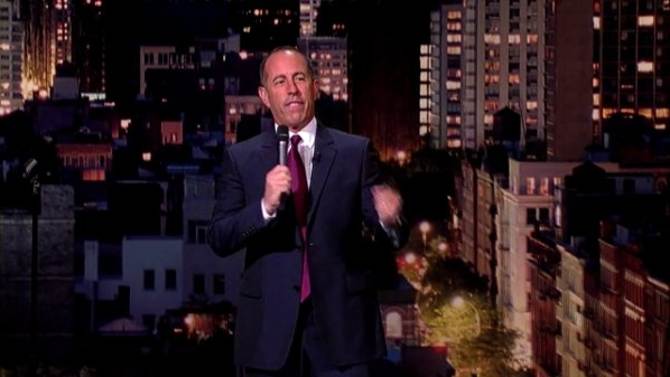 While he is definitely older, now at age 60, he still has a youthful appearance and still ends his sentences in that humorous high pitched tone that has made him famous.  That’s the tone we all now use when we try to find humor in nothing.  In fact Jerry has made his entire career finding humor in nothing, to the tune of $800 million dollars.

While his show “Marriage Ref” on NBC was short lived he continues to do his online series called Comedians in Cars Getting Coffee.  The show has surprisingly been on since July of 2012 and it’s exactly what the title explains, it’s Jerry in a car, picking up a famous comedian and getting coffee.  I’m not sure how much he earns from this show, but at this point he is not in it for the money, but in it for the funny. [more…]

During ‘Letterman’ on Thursday (Sept 25th) he was there to announce future guests and gave his thoughts on the late Joan Rivers.

So back to my original question; Is Jerry Still funny?  Watch below and you tell me.