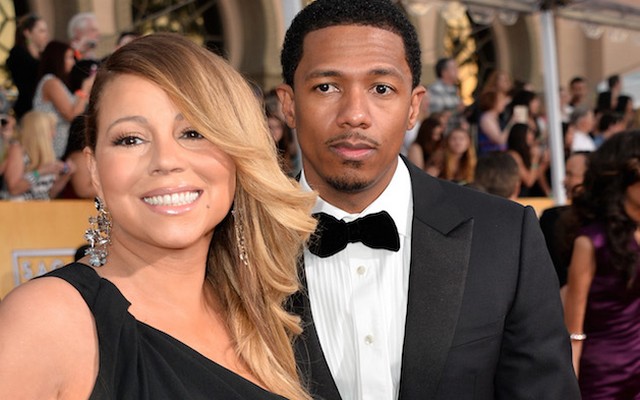 The only thing that has received more coverage than Ebola lately is Nick Cannon’s marriage drama with Mariah Carey. Every single day a new story comes out. You have the story revealing they are living separately, you have Nick Cannon’s tattoo drama and you have Mariah Carey changing a few lyrics in one of her songs.

Every move they make is being watched, and for Nick, that is the hardest part about this whole thing. He talked to Huffpost Live recently to explain.

“Every family, every relationship, all these people go through things and they deal with it the way that they choose to deal with it. But to have someone judging the way you’re dealing with your personal life is always like, ‘Hey, that’s a little harsh.’ But I also know what I signed up for.”

Nick explains that he knows what to expect. He knows how to handle the media.

“If someone asks me a question, I know how to answer it. If I have to say, ‘At this time I’d rather not say that,’ or misdirect, it is what it is. But it’s truly, at the end of the day, it’s all about why these people feel or why the public feels like they need information and you have to tell them.”

And what about the paparazzi? Will we ever see him have a Kanye meltdown? Not a chance, according to Cannon.

“I’m not Kanye. I’m not going to be wrestling at the airport. And I’m also not somebody who’s gonna keep silent.”

It’s hard to dislike Nick Cannon. He really does seem like a nice guy. He might have some strange taste when it comes to shoes, but that doesn’t make him a bad person.