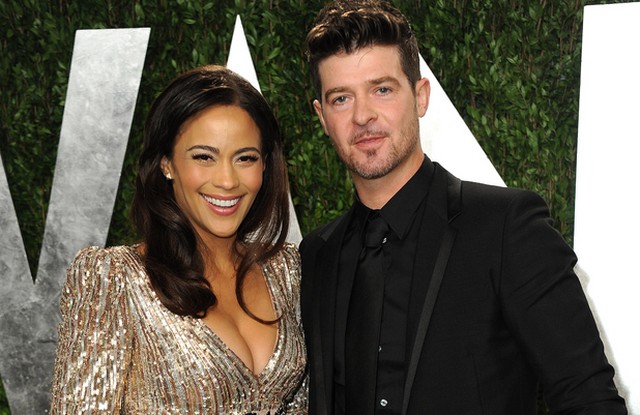 Paula Patton Has Lost That Loving Feeling, Files For Divorce From Robin Thicke

It’s going to be a tough weekend for Robin Thicke. After trying to win back his wife for eight months, it looks like he came up a little short. Multiple sources have confirmed that Paula Patton filed for divorce from Mr. Thicke, and of course, she cited “irreconcilable differences.” Something that gets under my skin every single time I am forced to type it. Why can’t she just say, “My husband is a f–king sleazeball. I don’t know what I was thinking when I married him”?

Anyway, Patton is asking the judge to grant joint custody of their 4-year-old son. Like we mentioned, the divorce comes about eight months after they first announced their separation. And really, what a long eight months it has been for Robin Thicke. This dude has tried every corny thing he can think of to win his wife back.

Writing a terrible love song called, “Get Her Back” and then making a creepy ass music video for the song.

You see that sh-t? It just doesn’t feel genuine. It feels more like, “Oh, sh-t! People are going to hate me for cheating on my wife. I better write this song. Maybe people will feel sorry for me.”

No one feels sorry for you, Mr. Thicke. You are now free to have sex with all the groupies you want. Congrats.