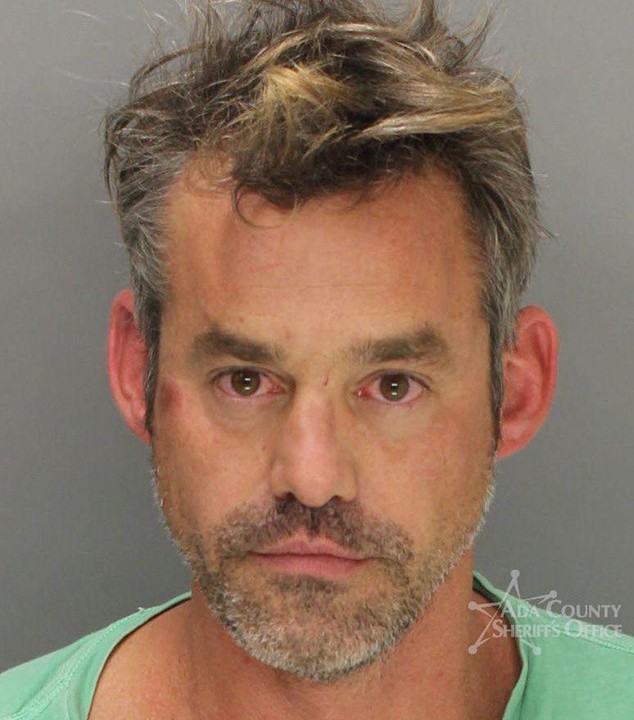 43-year-old actor Nicholas Brendon is apologizing to his fans after being arrested in Idaho for causing a disturbance in a hotel lobby. The actor, best known for his roles in Buffy the Vampire Slayer, and more recently in the television series Criminal Minds.

Fun fact: He was also in an episode of Married with Children. We are sure you remember his character. He played “Guy in Ray-Ray’s Gang” and he played the sh-t out of that role.

Anyway, Brendon was in Idaho because he was participating in the Tree City Comic Con in Boise. He was charging fans $40 per photo and $30 per autograph. Little did those fans know they could just get a free photo of Brendon from the Ada County Sheriff’s Office. According to hotel officials, Brendon had an outburst inside the hotel lobby, and even damaged some of their property.

The police were called to the scene, but that crazy Guy in Ray-Ray’s Gang just didn’t seem to care. He repeatedly refused to stand for the officers and showed obvious signs of intoxication. He was arrested and is now facing charges of resisting officers and malicious injury to property.

After sobering up and posting bail, Brendon apologized to his fans on Facebook.

“I apologize. Usually those words end a message like this but I am beginning with them to emphasize how much I regret disappointing my family, my fans, and myself.  I can offer an explanation but I make no excuse for my unacceptable behavior. For the past 5 days, I have been taking prescription pain medication to help me manage a cyst behind my knee cap, which is scheduled for corrective surgery on Monday morning. I made the poor decision to mix this prescribed medication with alcohol. The result was embarrassing and unacceptable.

I intend to seek appropriate treatment and therapy for my medical ailments as well as my emotional demons. Again:  I apologize. Those two small words don’t begin to express my regrets, but they do mark the beginning of my recovery.”

Damn. He is really good at apologizing. I bet he never got in trouble as a kid.

Brendon’s Mom: Now, Nicholas. You aren’t getting away with this one. I saw you eat that cookie before dinner!

Brendon: Mommy! I’m so sorry. This kid stole my lunch at school today and I hadn’t eaten since breakfast. I was just so hungry. I was thinking about asking you to make me something, but I saw you were busy with more important things.

Brendon’s Mom: Oh my gosh! Sweetie, I am so sorry. I had no idea. Grab one more cookie and go watch some TV.

Brendon: Okay, Mommy. You know, one day I am going to be on that TV. I’ll be playing Guy in Ray-Ray’s Gang.

Brendon’s Mom: Sure thing, Nicholas. You get some rest now.