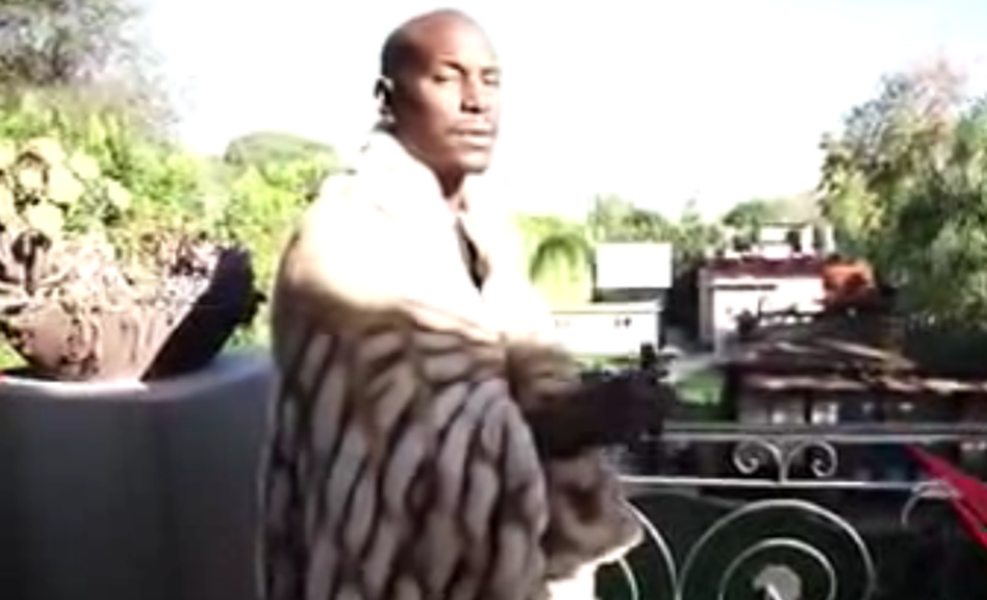 In the headline I had to put “comedian” because if I said, Carlos “Spanky” Hayes everyone would have said, “Who?”. Hayes is a comedian that plays on and writes for Nick Cannon’s show Wild’in Out. He’s not famous enough to have a Wikipedia page but he does have an IMDB profile (so does my Aunt Debbie). I was actually surprised at how little he has accomplished in his career to date. I think you actually have to work hard to do as little as he has done.

Apparently he has a radio show. I found the facebook page for the show but the link to the radio show doesn’t work. He only has 879 fans so the show must not be poppin’ that much. Somehow a video of Spanky doing his radio show hit the web where he made some crazy accusations. In just 8 minutes he manages to call Tyrese out for giving oral to secure the role as Baby Boy, he alleges that Morris Chestnut had male nude basketball games at his mansion and that Jamie Foxx hit on him. Besides Denzel, Will and Eldris he managed to offend all of the male black actors in Hollywood.

THE VIDEO CLIP IS RIGHT HERE – TYRESE’S RESPONSE IS BELOW

Tyrese gets right into it. Basically explaining the genesis of “Baby Boy” the character and how the role was written originally for Tupac. He explained how mathematically it would have been impossible for the two to be up for the role as Spanky would have been just 14 years old. He also explains how he actually didn’t have to audition and gave details on how easy it would be to squash Spanky’s career. Spanky didn’t just call Tyrese out, if you think about it he also called Baby Boy’s director John Singleton out as well.

While Tyrese in a mink blanket smoking a cigar might be coming off as a “bigger shot” then he really is, with a reported net worth of $25 million, a dossier of great music (minus the rapping) and some legit box office blockbusters to his credit, he’s a lot bigger deal then most of us will ever be, so he can get away with making a video like this. It’s definitely a good look!