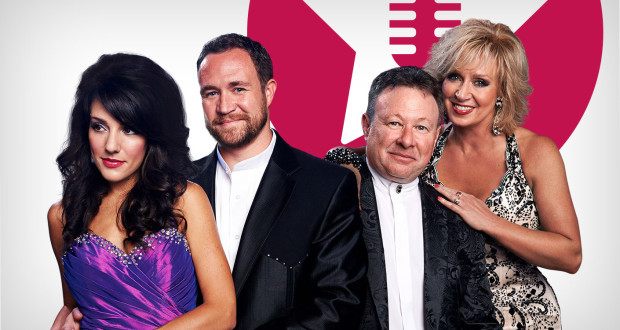 This is a sponsored post written by me on behalf of Branson Famous for IZEA. All opinions are 100% mine.

Like we mentioned back in December truTV would be launching their first ever reality musical series called ‘Branson Famous’.  As the first type of show in this genre I can say that they have delivered a quality product.  The drama is real enough and even if you are not a country music fan, the music is still “toe-tapping” good.

During the first two episodes you get an immediate understanding of the dynamic of the Mabe family and how important saving their landmark show “The Baldknobbers Jamboree” means to all of them.  This is not only how they make their living, this show is their legacy.  We get a look into what really happens behind the curtains and how the show’s decisions are made along with the ripple affect they have on the family dynamic.

Within minutes of the first episode we get introduced to blonde bombshell, Heather Gentry who auditions for a spot in the family show.  The thought behind bringing her on board is that maybe some youth and fresh talent could result in more ticket sales.  Matriarch, Patty Gabe knows that hiring Heather would be an issue for Megan who is currently dating her son.  It’s hinted that Megan is the possible reason for Brandon’s first marriage ending and Megan fears that Heather could possibly have the same effect on their relationship at a time where she feels that Brandon might be close to putting a ring on it. Determined to get her way, Megan is hell bent to find ways that Heather is not a good fit for the “Baldknobbers Jamboree” .  She convinces Brandon to go with her to spy on Heather while she performs at another Branson Theater called “God and Country”.  Heather spots them in the audience and now has an idea of what she’s up against.  When things don’t go quite well during her first rehearsal with the Mabe family, it ends in tears and everyone including Heather herself starts to wonder if her addition is going to be a delight or a disaster.

We also start to see the power struggle between Brandon and his father Tim Mabe.  In attempts to help his sister be a part of the act in some capacity or another, Brandon suggests to her to try her hand at comedy; a decision he did not run by his father.  Tim is not happy to see his daughter on stage during the rehearsal.  He is unprepared and when that rehearsal goes bad, Tim expresses his frustration and in doing so manages to crush what little self-confidence Missy had.   Way to go Dad!

All of that mixed in with some singing confessionals and we have ourselves some good TV.

For more in depth character profiles, visit Branson Famous on trutv.com .  You can also view photos and watch clips before the next show airs.  If that’s not enough country music for you, you can, Watch clips and more on YouTube as well, including the first complete episode.  Like Branson Famous on Facebook for show updates on your wall.

Here is the trailer for the show. truTV also has a Branson Famous Interactive Trailer where you can navigate through character profiles.  What more do you need!!