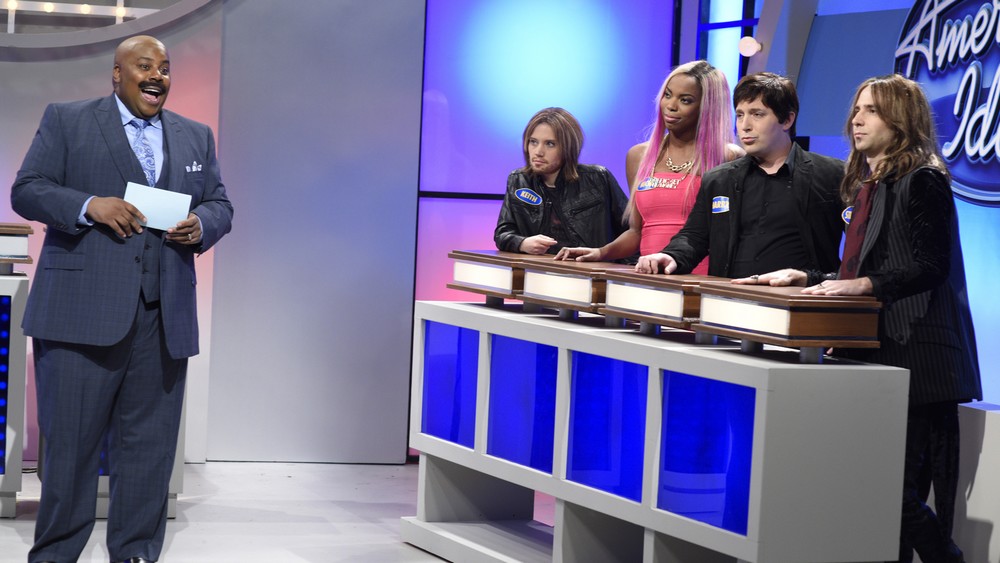 Watch: ‘American Idol’ And ‘The Voice’ Compete Against Each Other In Family Feud SNL Sketch

As most of you should know by now, I am in the small group of people who still enjoy watching American Idol. I have never felt the same connection with The Voice, which means I often find myself getting in arguments with fans of the NBC show.

Saturday Night Live understands the tension between the two shows, and they decided to take full advantage of the situation when Blake Shelton stopped by to host SNL this past weekend. Blake Shelton is probably the most popular judge on The Voice, and in the sketch down below he leads his Voice team on a celebrity edition of Family Feud.

On the American Idol side of things, Kate McKinnon played a hilarious version of Keith Urban. It wasn’t as wonderful as her Justin Bieber impression last week, but it was still one of the best impressions in the sketch. We’re not going to call anyone out, but a few of the impressions were pretty terrible.

Check out the video down below, and let us know what you think. Did you enjoy it? Or do you think it could have been better?