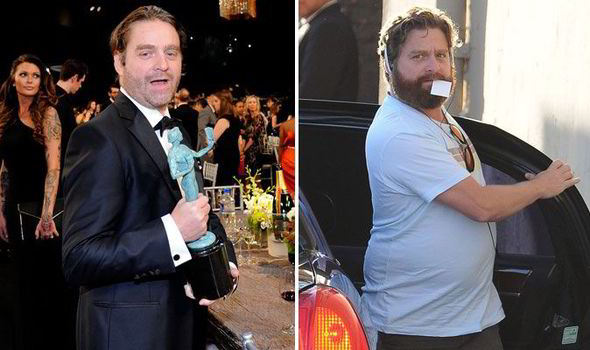 There were several awards handed out in Los Angeles on Sunday during the 2015 SAG Awards, but the awards weren’t the most talked about thing after the event. All anyone could talk about was Zach Galifianakis and his incredible transformation.

It’s no secret the 45-year-old comedian/actor lost weight. He showed off the beginning of his weight loss journey last year. During an interview with Conan O’Brien, he talked about how he had to give up drinking.

I stopped drinking and I just kind of put the weight off. I was having a lot of vodka with sausage…delicious but bad for you. I was getting into too much trouble with the drinking, so I just kind of stopped.

Well, it looks like he’s still staying away from the good stuff, because he looked almost unrecognizable yesterday. He shaved off (most) of his beard and decided to rock a man bun. No one can pull off a man bun like Jared Leto, but it actually didn’t look that bad on Galifianakis. Not many people can get away with the bun. Congrats, Zach.

All buns aside, it was a big weekend for the actor and his Birdman co-stars. The film took home the top award at both the Producer Guild Awards and the Screen Actors Guild Awards last night.  This means we have a legit race for Best Picture at the Oscars. Boyhood was the front-runner after its huge win at the Golden Globes, but it now looks like Birdman has all the momentum.

We’ll see how things play out next month.