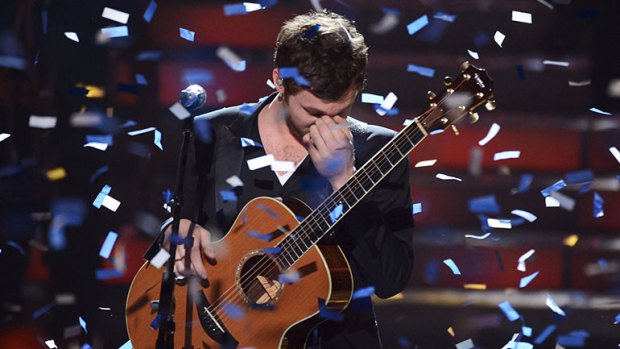 A brand new season of American Idol is currently airing on FOX, but right now all the focus is on the season 11 winner, Phillip Phillips. The Georgia native has filed a legal claim with the California Labor Commission to get out of the contract he signed with Idol’s production company, 19 Entertainment.

According to the singer, the company has “manipulated” him into making appearances he never agreed to do, and even forcing him to play for free at a concert for one of Idol’s many sponsors. He also claims he’s not allowed to name his albums, stating that he found out the title of his last album (Behind the Light), at the same time everyone else did.

And if that wasn’t enough, the complaint also revealed that when Phillips does endorsements, 19 Entertainment can take up to 40% of his earnings.

The 24-year-old singer told The Hollywood Reporter the following…

“I am very grateful for the opportunities provided to me through appearing on ‘American Idol.’ The value that the fans and the show have given to my career is not lost on me. However, I have not felt that I have been free to conduct my career in a way that I am comfortable with. I look forward to being able to make my own choices about my career and to being able to make great music and play it for my fans.”

Phillips is hoping a judge will rule that 19 Entertainment broke the Talent Agencies Act. He’s also hoping the judge declares his contract illegal, which would be a huge victory for not only Phillips, but recording artists around the world.

A spokesperson for 19 Entertainment says they will defend themselves against these baseless claims.

“We have always acted in the best interest of Phillip. We will vigorously defend ourselves from any baseless claims to the contrary and from any attempt to interfere with our rights and relationships.”

We will continue to keep you updated as we learn more information.