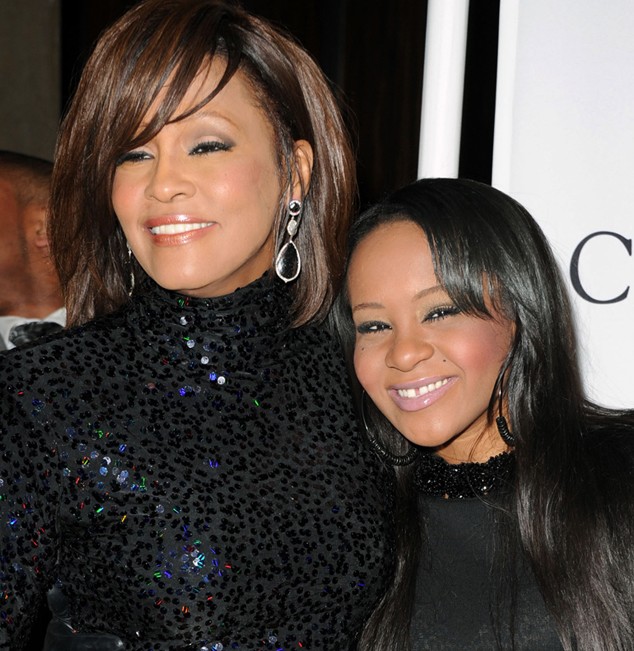 Well, the bad news Monday train continues to move down the tracks. On Saturday, we broke the heartbreaking Bobbi Kristina Brown news to you all. The 21-year-old daughter of the late Whitney Houston is still in intensive care inside a hospital in Georgia after being found face down in a bathtub filled with water.

She was unconscious when she was found by her husband, Nick Gordon, and a friend early in the morning on Saturday. Initial reports claimed Bobbi Kristina was placed in a medically induced coma, but we are now learning that is not the case. However, she still isn’t breathing on her own, and a family source claims she has “very little” brain activity.

Doctors say her prognosis will depend on how much oxygen she was getting to her brain before help arrived. Neurologist Eli Zimmerman spoke to PEOPLE, explaining “even minutes without air can be grim.”

Bobbi Kristina’s father, Bobby Brown, rushed to the hospital after hearing the news. And we don’t need a source to tell you he’s devastated. He released a brief statement yesterday, asking for privacy and love.

Privacy is requested in this matter. Please allow for my family to deal with this matter and give my daughter the love and support she needs at this time.

Of course, this situation must be extremely heartbreaking for the family, especially when you consider the similarities between this incident and the death of Bobbi’s mother, Whitney Houston. Three years ago, Houston was found dead at the young age of 48 inside a filled bathtub at a hotel room in Beverly Hills. The coroner’s report revealed cocaine played a role in her death.

It’s still not clear exactly what happened with Bobbi Kristina. No drugs were found in her home during the preliminary investigation, and sources connected with the family claim she doesn’t drink alcohol anymore and certainly doesn’t do drugs.

We will continue to keep you updated as we learn more information.