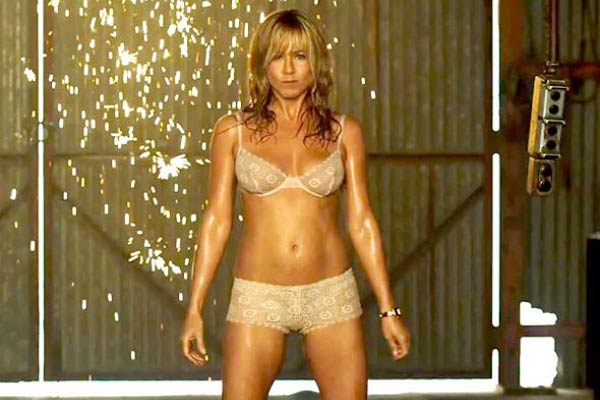 11 Celebrities Who Are Probably Older Than You Think! Everyone in Hollywood might try to look young, but there are some celebrities who don’t even need to try. They don’t need fancy products or plastic surgery, they are just one of those lucky people who never seem to age. I know a few people in their 20s who look older than some of the celebrities down below.

Did anyone on this list surprise you? And who do you think we missed? Let us know in the comments! Maybe we will post a round two soon. You probably know her from Buffy the Vampire Slayer, American Pie or How I Met Your Mother. She has remained adorable throughout her highly successful career. When you look at her now, you still see that girl who shoved a trumpet up Jim’s ass. Hannigan was in her early 20s back then, and now in 2015 she is approaching 41-years-old! It’s hard to believe, but she will hit 41 on March 24, 2015. Would you believe that Mr. Parsons is exactly one year older than Alyson Hannigan? That’s right, folks. The Big Bang Theory star will be turning 42 on March 24. Maybe it’s the character he plays on the show, but I just can’t believe he’s in his 40s. I also find it hard to believe he’s from Houston, TX.

Nothing about him makes sense. No doubt about it, Gwen Stefani does not look her age! If anything, she looks younger now than she did several years ago. The 45-year-old singer has three children, and has been married to Gavin Rossdale for 13 years now. I have a feeling she is going to be one of those 80-year-olds you see jumping on trampolines and riding skateboards. Gwen Stefani will always be a badass. Tom Cruise, perhaps best known for jumping on Oprah’s couch, has been in the business for a long time. Those of you who have been following his career from the start may not be surprised to learn he’s 52-years-old, but let’s just take a few steps back here. Let’s imagine a world where Tom Cruise isn’t famous. In this new world, Mr. Cruise is a manager at Home Depot. You walk up to him and ask him where the printer ink cartridges are located, he laughs and says, “You are looking for Office Depot.”

You then slap your forehead with your hand and say, “Oh, wow! What a blunder! Please accept this hard candy as a thank you.” He smiles at you with that Tom Cruise smile and says, “I am sorry, but I can’t accept that. At the age of 52, I have to really watch my sugar intake.” If I saw Jared Leto walking down the street, I’d cut off his gorgeous hair and choke him to death with it. Not because I dislike the 43-year-old, I am actually a huge fan of his. I just think he’s making average-looking dudes all around the world look like the inside of Donald Trump’s belly button after a 5-mile jog around his mansion. Before becoming an incredibly annoying Fox News contributor, Stacey dashed her way into our hearts with her memorable role in the 1995 film Clueless. It’s hard to believe, but she’s now 48-years-old. She will officially hit 50 on Jan. 20, 2017!

We may have opposing political viewpoints, but I’d certainly take her out to a nice dinner at Red Lobster. Maybe grab some frozen yogurt on the way home, depending on how expensive the meal at Red Lobster was. He’s clearly trying to look older with that stylish bow tie, but when I look at Jonah Hill, I still see that high school student from Superbad.

Minus the shorter hair, he still looks exactly the same! The actor/comedian is now 31-years-old. Okay, okay. We all know William Shatner is old, but do you know just how old he is? Probably not. For the longest time, I was walking around thinking this man was still in his 60s.

The truth is, he hasn’t seen 60 in a long time. Shatner will turn 84 on March 22! That’s insane, right? He looks great. If I am lucky enough to make it to age 84, I know I will look like sh-t compared to him. I’ll look like Johnny Knoxville in Bad Grandpa. Daaamn! Jennifer Aniston will turn 46-years-old this week. She is just four years away from being 50, and she still looks this good in some lingerie. How does she do it? Well, it may have something to do with all the exercising she does. Additionally, Aniston claims she meditates for at least 20 minutes every single day. Even at the age of 48, Halle Berry continues to sit comfortably atop the list of most desirable celebrity women. You could ask every dude in the world for their ‘Top 10 list’ and I guarantee you her name would be on at least 90% of those lists. She is beautiful, smart, talented. She is everything I’m not. The man with the insane hat collection looks like he’s in his early 30s, but the singer/rapper/fashion designer is actually in his early 40s. Pharrell Williams was born on April 5, 1973, which means he will turn 42 in just a few months. His youthful appearance has actually made some people wonder if he is a vampire; however, Pharrell claims he does not drink people’s blood.

He told Time Out magazine the following…