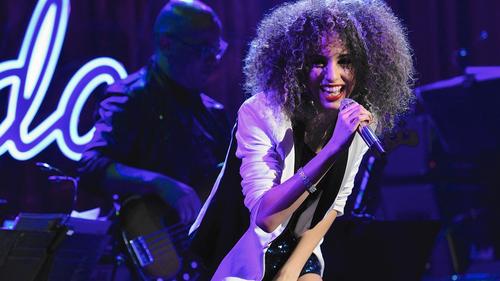 I don’t know about you, but I have honestly been enjoying this 14th season of American Idol. Things got a little scary a few years ago, but then Harry Connick Jr. stepped in and saved the day. There was a time when I believed Simon Cowell was the greatest Idol judge; however, I am now starting to believe Harry deserves the crown.

But enough about the judges. Unlike ‘The Voice’, American Idol isn’t about the celebrity judges. It’s about the contestants, and last night we finally learned which contestants made the top 24.

Did your favorite make it? Check out the list below to find out…

Not many surprises on the top 24 list, which is actually a good thing. There was a lot of talent this year, but it was also easier to see which contestants had that special sauce. I think the only decision I disagree with is Maddie Walker.

On Wednesday, you’ll remember she had to fight for her spot in the top 24. The judges forced her to have a ‘sing off’ with Rachel Hallack. They ended up picking Maddie Walker, and I actually agree with that decision. Between Walker and Hallack, I would have picked Walker as well.

However, I believe both Maddie and Rachel should have been cut. I think they should have found a way to squeeze Jelly Joseph in the top 24. Her audition was one of my favorites, and her last performance at the House of Blues was solid, plus, can you imagine all the amazing peanut butter & jelly jokes? Hopefully we’ll be seeing more of her in the future.

Let us know how you feel about the top 24. Do you agree with the judges?