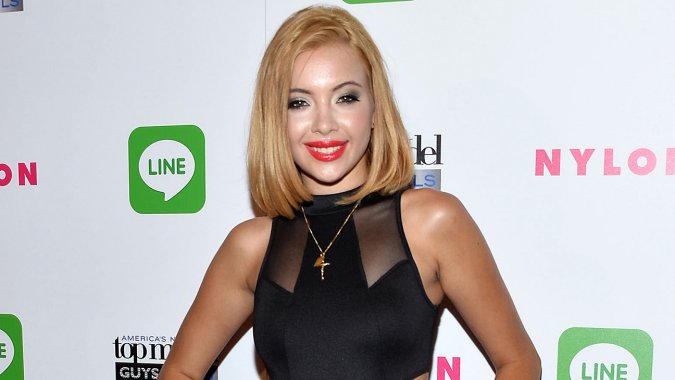 Some terribly sad news to report today. Mirjana Puhar, a recent contestant on America’s Next Top Model was killed Tuesday in a triple homicide at her boyfriend’s house in North Carolina. According to TMZ, a friend of the couple went to the house after receiving a call that gunshots were heard coming from inside.

Once he arrived at the home, he found Mirjana and her boyfriend dead inside. He immediately called police, not even realizing there was a third body inside the house. Police do not believe this was a random act of violence. They believe it was someone in “their inner circle” and it appears that was the case because an arrest has already been made.

19-year-old Emmanuel Jesus Rangel has been arrested and charged with three counts of first-degree murder. Police suspect he murdered Mirjana, her boyfriend and their roommate, 21-year-old Jusmar Gonzaga-Garcia.

Neighbors claim they just moved to the house a few months back. Quay Teasley spoke about seeing them around in the neighborhood…

I really didn’t know them, but I used to see them in the neighborhood. Only the people who did it and the people who passed away know exactly what happened.

It’s a good thing this Rangel character is off the streets. Not only do police believe he’s responsible for the three killings on Tuesday, but they also believe he killed a person last Sunday at the Microtel Inn.

Police aren’t releasing the motive in that case; however, they do believe the triple homicide was drug related. Sources say the 19-year-old model had only been with her boyfriend for two or three months.

Our thoughts go out to everyone involved.