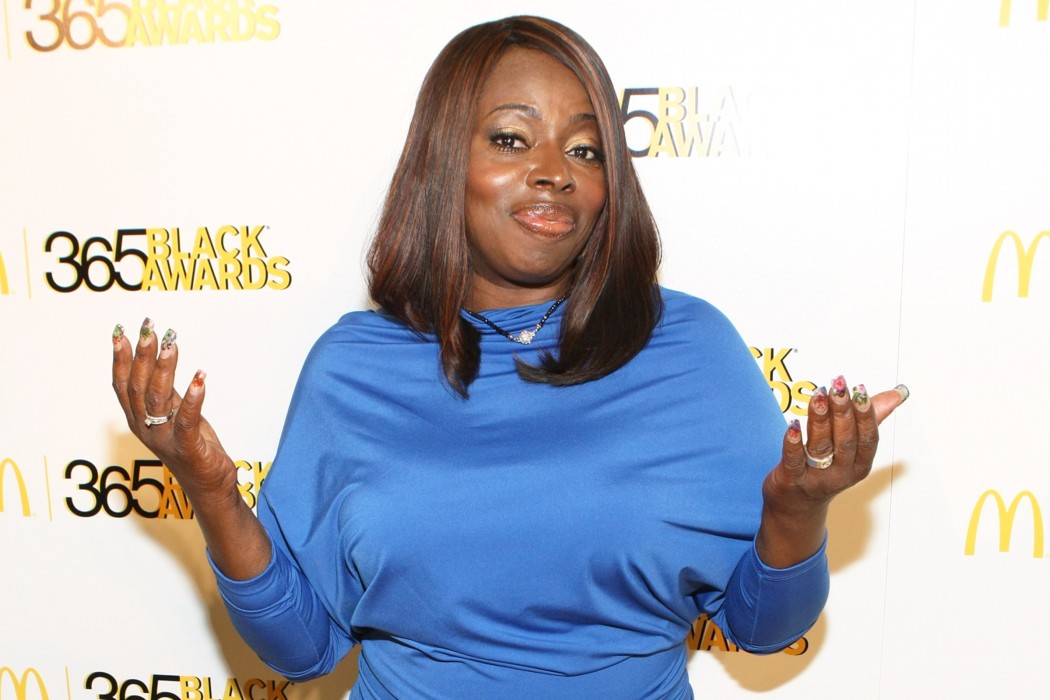 What started from an argument about how Angie Stone felt about her daughter’s ability to care for her children, escalated into a domestic violence incident that ended with Diamond Stone missing two teeth and both her and her mother Angie Stone getting arrested.

The incident occurred at Angie’s daughter’s home in Lithonia, Georgia. Lithonia is a small town just outside of Atlanta; the cool thing is that Lithonia means “city of stone”. (I see what they did there).

In the details of the police report, it says that Angie Stone approached Diamond Stone and demanded that she clean up her house and take control of her children who happened to be running around the house “half-naked” at the time.

This discussion erupted into an argument which led to a full blown Battle Royale. Diamond Stone says that she could not remember who threw the first blow, but we all knew who threw the last. That would be Angie. The R&B Diva struck her 30 year old daughter with a metal stand knocking her front teeth out.

Angie told authorities that she did not realize that she actually hit her daughter but when she did she quickly put the stand down and attempted to get away. Both women were arrested. Diamond was not charged and was soon released. Angie is being charged with domestic aggravated assault.

AND LET THE WAR BEGAN

Once home Diamond decided to go to her facebook page and spill the tea. She sent a message to her mom and the public along with posting pictures of her damaged mouth. She also posted a photo of the stand that her mom used to whack her with along with the following message:

People are so quick to pass judgment but never really know the full story. Never uphold people in wrong no matter who they are I’m crushed but I ain’t dead so for the people that praise “her” keep right on just know that it ain’t over. You so big and bad but had to use a weapon on me in a fight that you started. You giggled on the inside because you thought I was going to jail too.?#?Wrong? I’m sick of putting up these fronts and because you took shit to another level I will too. I love all my family but I cannot take anymore abuse so I’m separating myself from it all. I pray God heals us from this but from where I sit there is no turning back cause if you ain’t wit me you against me. You so worried about to media and the press but I promise you this I will not rest until my story is heard!

Here are the photos: This violent relationship might explain why Angie, who has a net worth of 2 million dollars has a daughter who lives in Lithonia where nearly 20% of the residents are below the poverty line. The last time we really saw Angie was in ‘Celebrity Wife Swap’ when she switched places with Laila Ali. It looks like they might have traded more than just husbands; Laila might have given her some fight tips.

So far there has been no statement from Angie Stone or her publicist. We will keep you updated on this and all the other celebrity news on our Facebook page. Stay tuned.