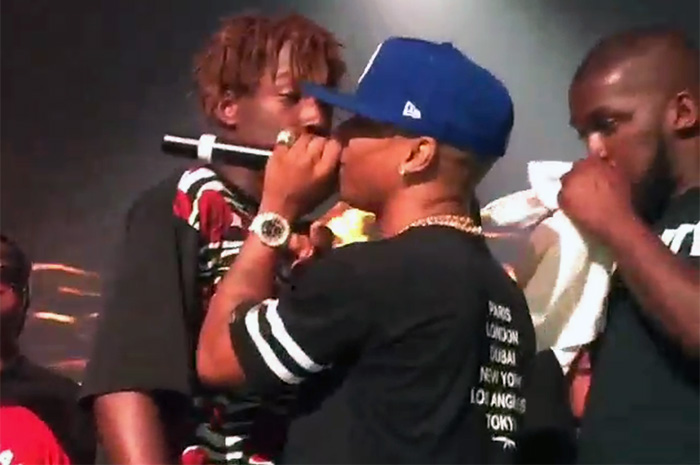 If you haven’t seen the video yet , then you should. It’s crazy. During a performance in Tallahassee, Florida a fan approached Plies on stage. After standing in his face for what seemed like an eternity, things got heated. Apparently he did not like what Plies had to say and in front of all the security you could pay for, he grabs Plies and literally body slams him.

Of course, after Plies hit the ground, his security went to work and lumped dude up. But the damage had already been done. Actually Plies was lucky. The entire incident could have been a lot worse.

Social media has been quick to call Plies “Soft” for getting slammed but singer Rico Love took to Instagram to defend his fellow artist. He also highlighted a very serious potential issue: copycat incidents.

I urge all artist to stay on point! Stop letting these niggas all in your personal space for too long. It’s gonna be a lot of copy cats tryna pull that same shit! They fake like they’re fans just to get close enough to do some sucka shit! Let them call you stuck up if they want! Only females need to be that close up on an artist anyway! Real men just give U dap and keep it moving! Jealousy is real!!! Niggas can call it what they want but it all boils down to jealousy….. #TTLO

As for the guy who did the slamming. It turns out he was “salty” because Plies would not shake his hand. He claims that Plies is in his Top 5 list of artists (which he should be body slammed for that) and was not respecting him as a fan. He actually went on Instagram and posted an explanation for his actions.

My explanation is that this dude is straight up crazy! Artists, get your security up!