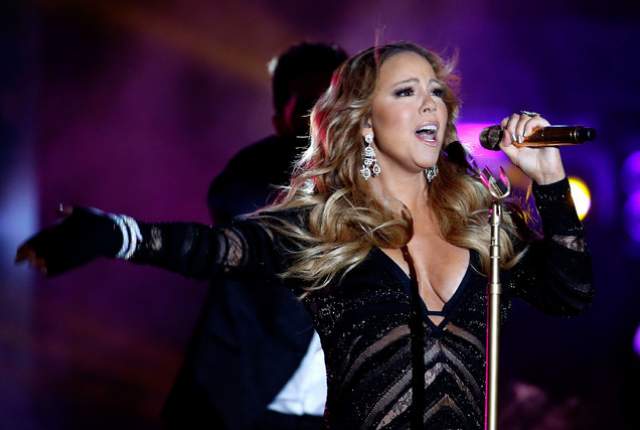 Only A Week In And Mariah Carey Is Already Canceling Shows, Find Out Why Inside!

If you thought Mariah Carey’s residence at The Colosseum at Caesars Palace would be filled with drama and disappointment, then congratulations for predicting the obvious!

It’s only been one week, and Mariah has already managed to piss off a lot of fans. She had to cancel Wednesday night’s show at the last minute, which disappointed the fans who had tickets, especially the fans who came in from out of state. We’re told they didn’t even know about the cancellation until they saw this sign… 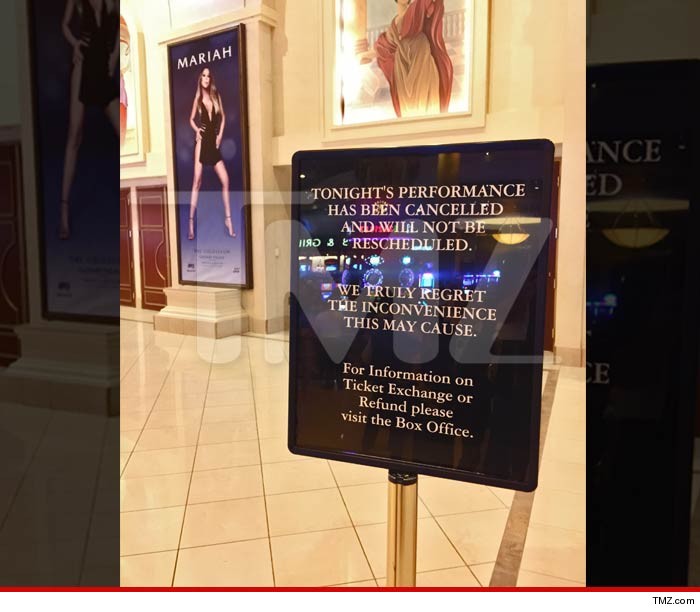 What happened? Did she cancel because one of her assistants handed her tap water instead of bottled water? No, no, no. It looks like Carey did actually have a good excuse.

Hey guys..I’ve been fighting bronchitis for the past few days.. almost better but on mandatory vocal rest per doctor’s orders. I’m so sorry to cancel tonight’s show but I promise to make it up to you!!! Love you always, MC.

Hopefully she’s at 100% soon! She only has a few days off until she is scheduled to hit the stage again. We know she was really looking forward to these Vegas shows.

First Britney Spears’ ankle injury, and now this? Not a good month for Vegas. Jennifer Lopez better watch out!