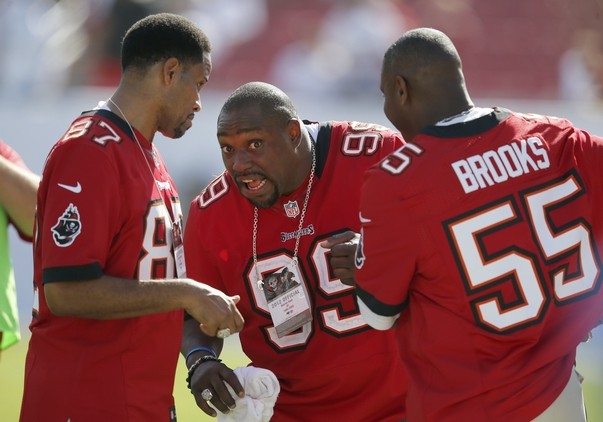 It’s a good day to be Warren Sapp. The 42-year-old former NFL pro has pled guilty in his Arizona prostitution case, but he won’t be serving any jail time, thanks to a wonderful deal he made with prosecutors.

For those who don’t remember, Sapp was arrested back in February after the Super Bowl. He admitted to paying two women $300 each to perform naughty acts on him inside his hotel room in Phoenix. Police charged him with solicitation and assault for “roughing” up the women after a brief fight over money.

So, what is this amazing deal? After pleading guilty to one count of solicitation and one count of assault, Sapp must complete two counseling programs. The first one, a Prostitution Solicitation Diversion Program, has already been completed by Warren. He had 160 days to complete the program. If he had failed, he would have faced up to a month in jail.

The second program is an anger management course, and just like with the first program, he must complete the anger management class to avoid spending time in jail. But sources say it’s just a matter of time before he completes it.

Not a bad deal for Mr. Sapp, although, he did lose his job and most of his friends. Assuming he still had friends. It doesn’t sound like he was loved at work before this event.