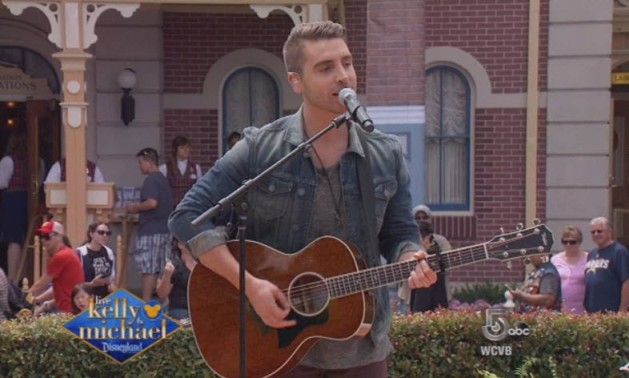 Life is good for Nick Fradiani right now. Just last week he won the 14th season of American Idol, his first single Beautiful Life hit the top 10 on the iTunes chart, and he got the chance to perform it on Live! with Kelly & Michael.

You can watch him in action in the video below. It’s an acoustic version of the song, and I think it’s actually better than the original. But that’s probably just me. I always seem to gravitate towards the slower songs on any album. I am clinically depressed.

At the end of the video, Nick admits he tried out for American Idol back when he was 21, but he didn’t even make it to the “celeb judges.” He also appeared on American’s Got Talent with his band; however, they didn’t make it far on that show either.

But none of that matters now. He has finally made it. And I know recent Idol winners haven’t had much success, but I have a good feeling about Nick. He has that radio voice.

You can catch the top 5 contestants this summer on the American Idol Live Tour. The show kicks off on July 7 in Florida, and runs all the to August 28 in California. You can click here to purchase tickets.