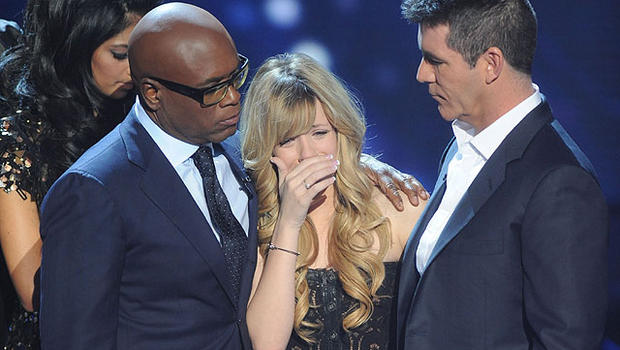 We all know how much Mariah Carey hated her time on American Idol, and now another former judge for another FOX singing competition is speaking out about his experience. The great L.A. Reid was speaking at a panel discussion at the annual music industry conference Midem, and during the panel, he talked about his time on The X Factor.

And surprisingly, he didn’t have too many positive things to say. In fact, he called it the “worst thing I’ve ever done.” He admits the first season of the show was pretty fun, but the second season was a complete nightmare for him.

But unlike the Mariah Carey situation, Reid’s not blaming his coworkers. He claims he just had too much on his plate, and other projects like launching Epic Records became more important than the show.

More importantly, it really affected my taste—it almost destroyed it. It completely threw me off—by the way, I have a book coming out soon, and it’ll all be in my book. But yeah, what works for television isn’t necessarily the thing that works in the traditional journey of music, so I adjusted my taste for television. But the truth is, I lowered my bar—my bar was quite high, if I’m being honest, and as a result I didn’t have the same level of success.

Ah…did you see that? The little promotion for his book in there? Nice move, Mr. Reid. He knew this quote would get a lot of attention online.

Anyway, he did go on his Twitter account to clear up any confusion surrounding his quotes from the conference…

Well played. You managed to get that free book promotion without hurting Simon’s feelings.